From the first day we set foot on Roatán, we've been working on leaving. We don't really like it this way, but that's how it happened. But before we get into it, let's start with a little advice for all of us: seguir la corriente. Follow the current. Go with the flow. Play along. Sometimes it's the easiest thing to do. Sometimes it's just a good Zen thing to do. And sometimes it's really the only choice you have. Remember when we were headed to Vieques, Puerto Rico in October? Hurricane Maria had something to say about that. So, quick like bunnies, we re-routed to Utila, Honduras. Go with the flow!

When we arrived in early October, our intention was to stay the full 90-day limit of the Honduras tourist stamp, which would take us barely past the New Year. We continued to check in on Vieques week by week, and we decided that without power and other essentials, it was just not ready for us to move there, not before January at the earliest. We had a hard end date on our apartment in Utila though – it was booked from mid-December on – so we weren't even going to be there until Christmastime. We decided we'd seen enough of Utila to get a good feel for it, so instead of moving elsewhere on that island we'd just move right along. We quickly decided to hop one island over to Roatan. It has been on our island shopping list for a while, and it was “right there” so it was an easy decision. Follow the current! 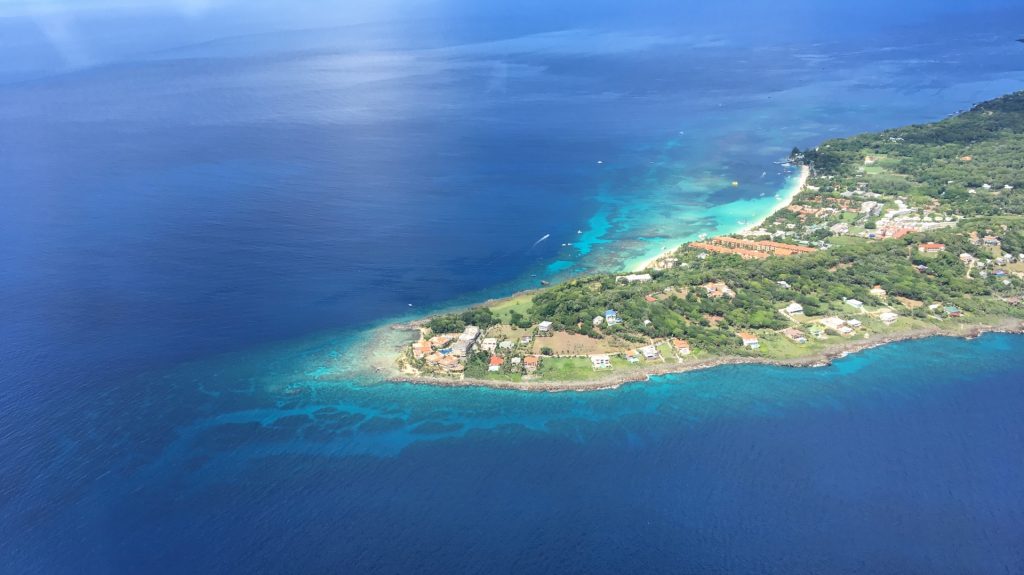 To make the trip worthwhile, we would stay in Roatan until the end of January using the 30-day extension that was available for a small fee. So once we got to Roatán we were going to go to immigration and get our extension. Then, the Honduras elections "happened" and a lot of things went sideways. I don't want to get into this too much because I don't understand the whole situation in enough detail, but it's clear many people feel cheated on the election results. So, the next logical step was apparently rioting (boo!), and this got bad, very bad. To be clear, the violence was on the mainland of Honduras, not in the islands. But one of the government responses to the unrest was to cancel all 30-day extensions for tourists in Honduras. We don't know why, and if we did it wouldn't help, so we just had to adjust. Play along.

This forced us into more choices. Frankly, we've had enough choices lately but in this case we had no choice, ha! So should we just overstay our Visa, and become illegal aliens? I've heard the fines aren't too bad, but that they also aren't really set in stone. So it could be hundreds of dollars each, it could be more, or in a country with ongoing high stakes political strife, we could be detained, who knows? Never wanting to be part of an international incident, we quickly nixed that idea. 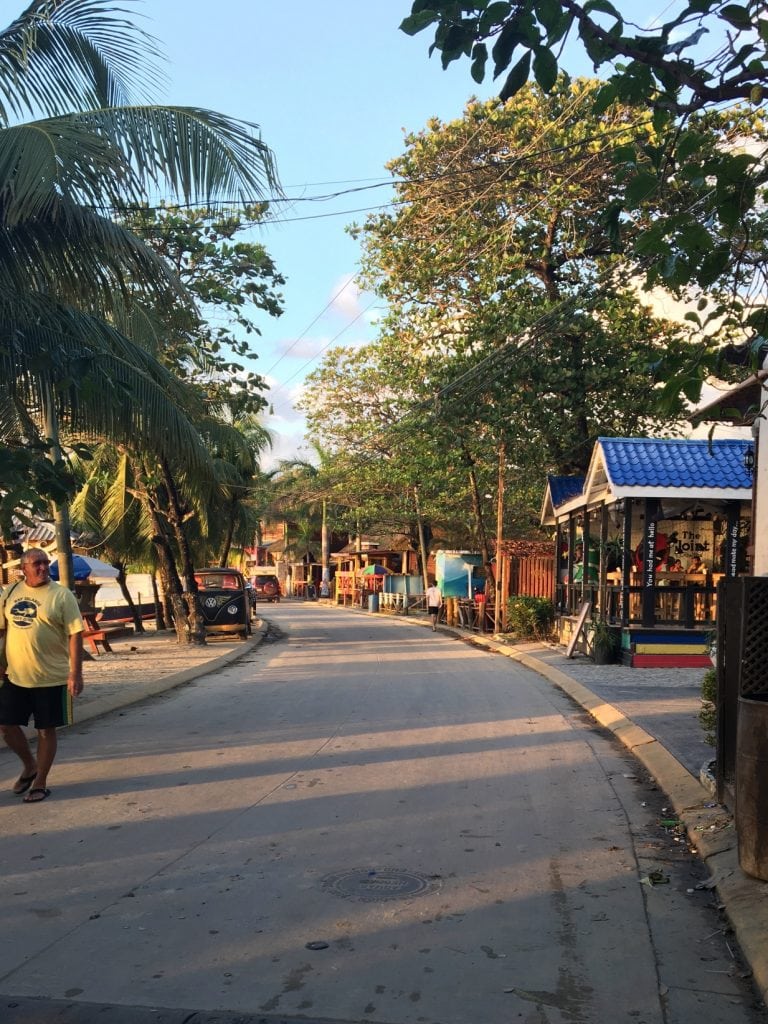 What about just checking out and hitting the eject button on Honduras entirely? They don't want us? Bye bye! Why not? We jumped here without a lot of notice, we could do it again. Panama calls, Grenada, Guadeloupe, and Costa Rica are all waiting. Hell, The Bahamas will give us 8 months! We could even go back to Florida for a little while. We just need a little more time to let Vieques heal. But we've invested our time and money to come here, we like it, we like the people, and the sea isn't always greener on the other island.

Another thought: we could leave this country long enough to reset the clock on our tourist stamp, giving us an additional 90 days in Honduras. Here, “long enough” is 72 hours, which isn't bad – it only requires 3 nights in a hotel in another country. This is the notorious “border run”, which sounds somewhat like Butch and Sundance heading south to Bolivia. It also sounds very much like an overland journey, common amongst Central American ex-pats, until they tire of it and either file for permanent residence or go illegal. Since we're on an island, the “run” would be to the airport or a sea port, and then to another country. There's one other complication here, the Central America 4 (CA-4) Treaty, which is an agreement between Honduras, Guatemala, El Salvador, and Nicaragua. When foreigners enter any of the four countries they can travel easily to the other three without a bunch of immigration hassles. But it also means that they don't count as “leaving the country”, any of these countries, for Visa purposes. So as close as they are, those three countries are out. 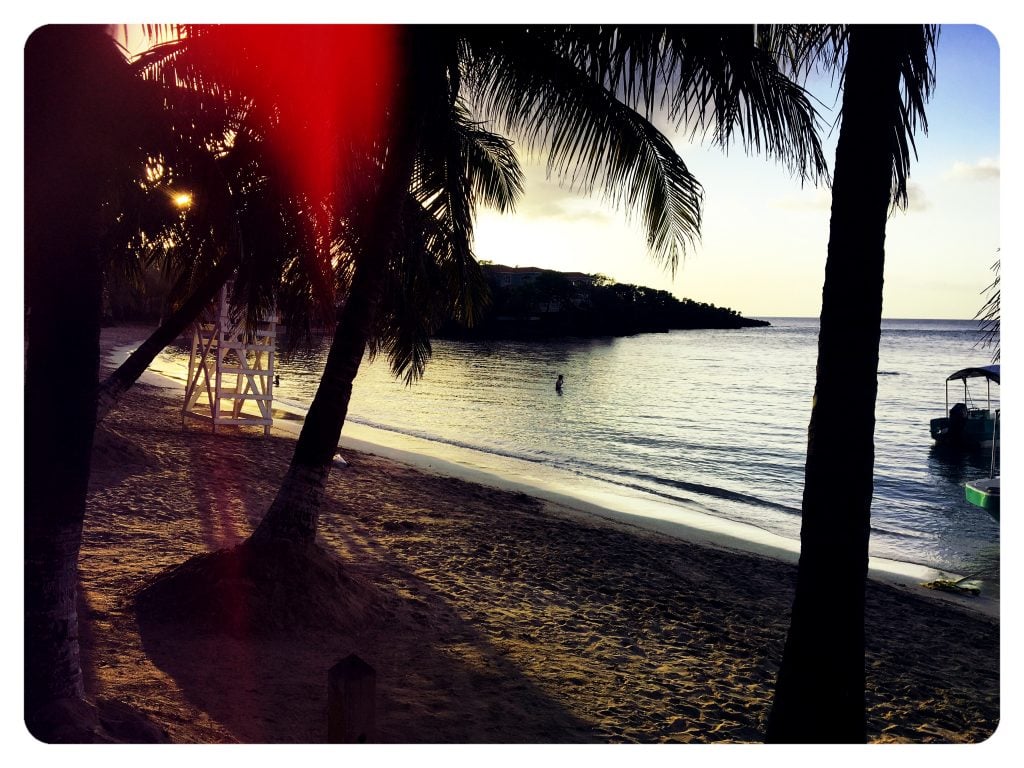 Well we decided that a border run was what we really wanted to do, so we could come back and really have a chance to check out Roatan. But here we were in mid-December and were required to leave the country by New Years. Not the best time to travel, certainly not the cheapest time. Our first thought was to fly over to Grand Cayman where we spent our honeymoon, and the flight was cheap. Then we saw hotel room prices starting at $400/nt and going way up, and had to add an extra day because of the airline's schedule, and it just didn't make financial sense. We thought about Panama, but even for a quick trip like this we felt like we'd want to do a bit more research. We even briefly considered Houston, which would be easy, cheap and a direct flight, but we really didn't want to go to Houston!

We ended up picking Ambergris Caye in Belize because it wasn't crazy expensive to get there and the hotel pricing wasn't terrible either. We've already lined up a trusted local pet sitter for the littles, so we can truly travel light. We've talked about Ambergris Caye, we've wanted to see it for a while with it's great snorkeling, beaches, etc. In fact, our friend Laura went there just a few weeks back. She recommended it to us as a border run destination at the time, but we didn't think much of it since we didn't need to do a border run. That was then and this is now!

So, now it's Christmas in Roatan and then off to Belize. Back before New Years and then we'll have a full month (or more?) to continue exploring this rock. This isn't really what we wanted. Actually, it's the opposite of what we wanted – all that jetting around isn't really our style and it's not great for the budget either. A big part of our plan to live in Vieques was so that we wouldn't have to do this sort of thing. We want to wake up in the morning and say, "What do you want to do today?", not "What needs to be done today to get ready to leave?". But we also realize the absurdity of complaining about going to Belize, ha! We're going to take our own advice and follow the current. Seguir la corriente. 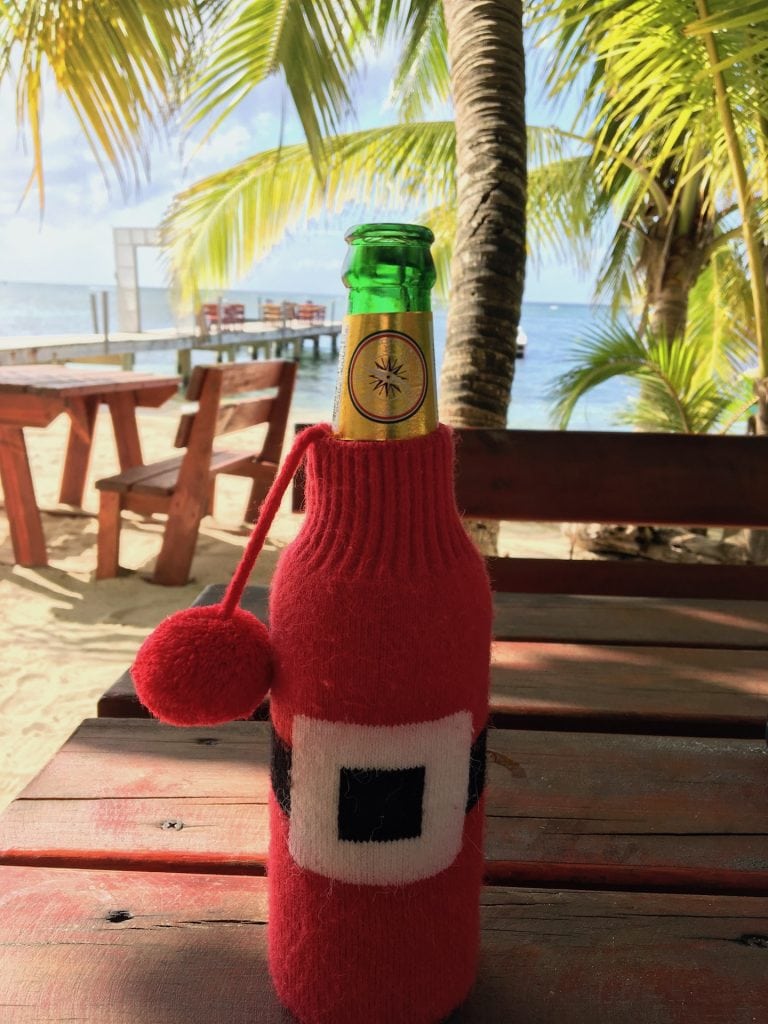 TODAY'S SPECIAL:  "Christmas in the Sand", by Colbie Caillat.

Has anybody been somewhere long enough to do a border run? Or have you gone illegal? We want to hear from you!

Reminder: it's easy to comment on the blog. We love to get your thoughts!