In the Caribbean islands that rely on tourism (that's pretty much all of them), they call this off season, slow season, or dead season. It's also hurricane season and that's a big reason for all the other names. It's back-to-school time in the States and most of the world, so that cuts down on tourism as well. This is the polar opposite of tourist season or high season, or as many people call it, just "season". 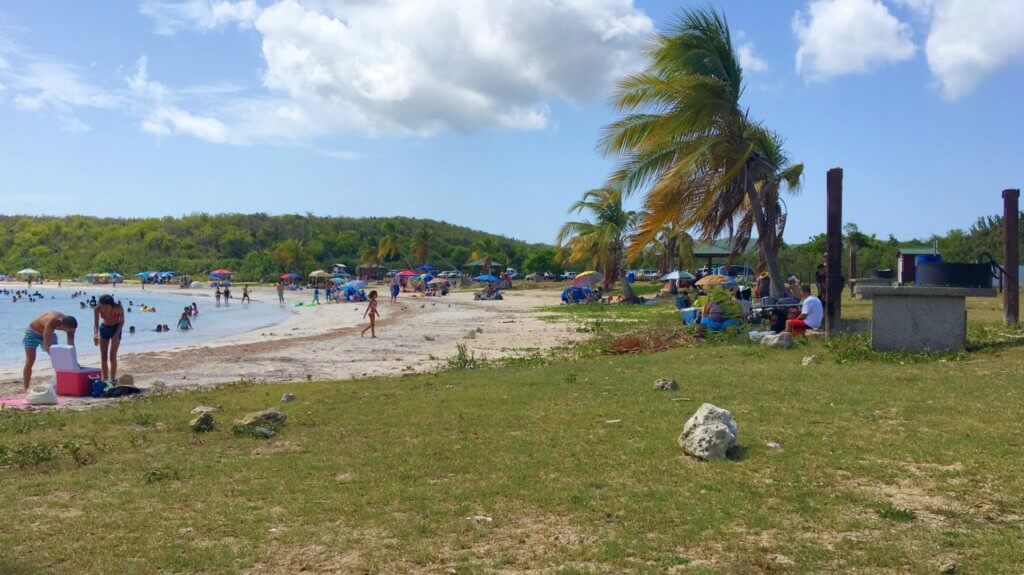 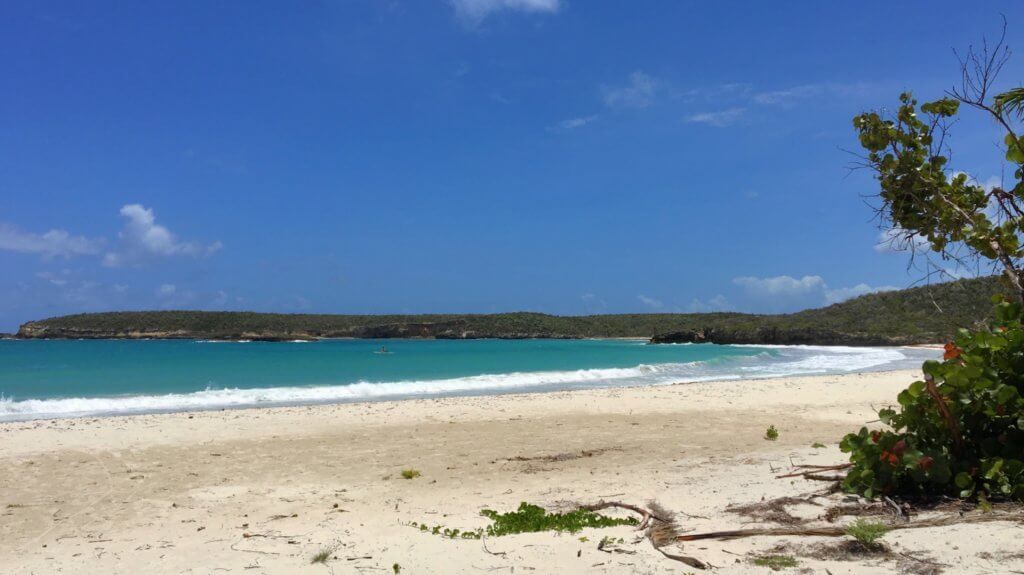 In most Caribbean destinations the high season starts in December and runs through February or March. These are the cold months in "cold country", when the islands warm up noses and toes with that wonderful Caribbean sun and sand. When we lived in Colorado, especially the last few years, we were always looking for a warm destination in the winter so we know how it is. In Vieques the season tends to have a long, slow decline into the summer months. That's because Vieques is also a vacation spot for Puerto Ricans who live on the main island, and it's easy and cheap ($2/person on the ferry!) to hop over for a few days of easy beach time, when the kids are out of school. And if they are so equipped, they also zip over on their personal boats, even jetskis. It's only a few miles away.

Let's hop over to Vieques for the weekend!

The People Behind the Seasons

Now about all those people - with few exceptions, every island has roughly four types. First are the true locals who were born there and in some cases their family has been there for generations. They live and work on the island, and build their lives there. Some have spent time in other places, often the States, but have come back to their true homes in the islands. The seasons mostly don't matter to them. Next are the full-time residents who came from elsewhere for the island lifestyle. Some are retired and some just come to live and work. Some of them buy houses and some rent. Like the true locals, seasons don't much affect them except to enjoy the slightly cooler weather in the winter.

Next are part-timers who live in the islands during the cold winters up north. They often own a home in each place and fly back and forth, mostly guided by temperatures. They are sometimes called "snowbirds" because they fly away from home when the snow falls and return when it is over. Finally, there are the tourists who come and go like tourists do, escaping the cold for a week or two, just like we used to do when we lived in Colorado.

As the year marches on, winter turns to spring and then onward to summer. The heat of summer blankets the Caribbean basin, but as important, it also warms up the northern countries and states. The drop off of tourist visits can be measured by the reduced number of golf carts puttering around the island roads. The part-timers go home as well because the annual thaw cycle has finished and it's pleasant again up there. By the time August rolls in to the islands, tropical storms and hurricanes become part of the regular news cycle. Tourism falls off sharply at this point and the next thing we know we're right in the middle of slow season.

Local island businesses react to this time in several ways, starting with cutting staff. Restaurant, bar, and hotel workers typically work in several places during the year to make ends meet, but during this time those start dropping off, and for some the work dries up entirely. The lucky ones find hours at multiple places to keep some money flowing. Some restaurants and hotels close for a month or two, making a sleepy time even sleepier. Island facebook groups display lists of what dates all the various businesses are closed.

We enjoyed a long afternoon this week at one of our favorite places, Duffy's, which was having a (temporary) closing party - they are shutting it down for a month. Everything had to go, so all menu items were 50% off, there were 50c chicken wings and $2 draft craft beers! The wings were delicious, and we'd do anything for a draft craft beer! Then when it's all cheap, just stay out of the way! Needless to say, we spent hours in the place filling our bellies and enjoying the Caribbean views. 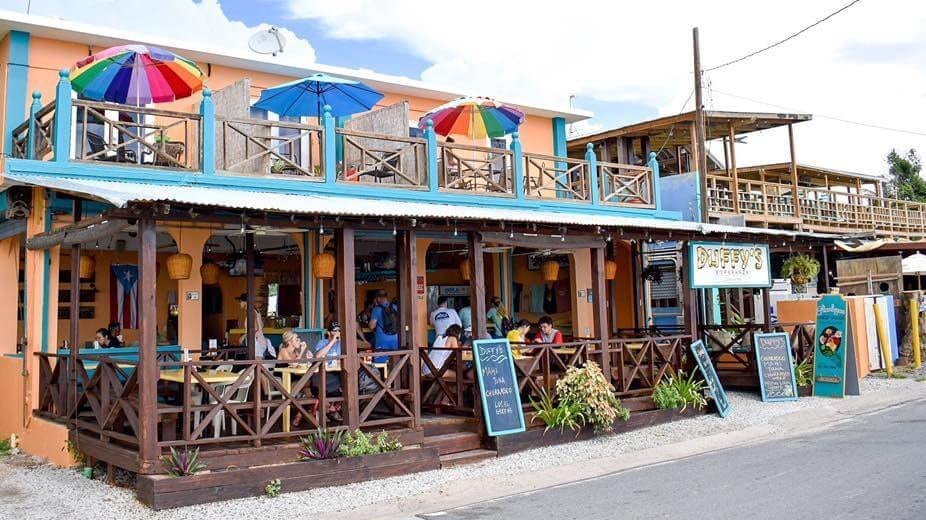 Business owners will use the down time of slow season for a variety of purposes. Many of them take their own vacation trips, getting out of the hurricane zone to the States, Europe, etc. They also use the time to do cleaning, renovations, and repairs on their business. The workers may also take a vacation elsewhere.

For locals and full-time residents, it's a great time of year. It's when the island becomes "theirs" again. The restaurants, beaches, and roads are uncrowded. The water is so warm next to the shore they go out as far as they can to get to some cooler waves. If they're lucky, there'll be some rain once in a while to cool things off.

Also this time of year the winds calm down considerably (in between tropical storms). The normally reliable tradewinds drop off and there'll be glassy water in the mornings and not much wave action even as the day wears on. This puts all water sports in play (paddleboarding, kayaking, etc.) even for novices, and of course the views are spectacular. This is why Dorian sat around the Bahamas causing so much devastation for so long - no winds to blow it along.

So in the middle of slow season we all slow down - it's a necessity of life. I know what you're thinking - "if you slow down any more you will stop!". That may be true, but we'll try to keep moving forward, if just a bit for you kneedeepers! 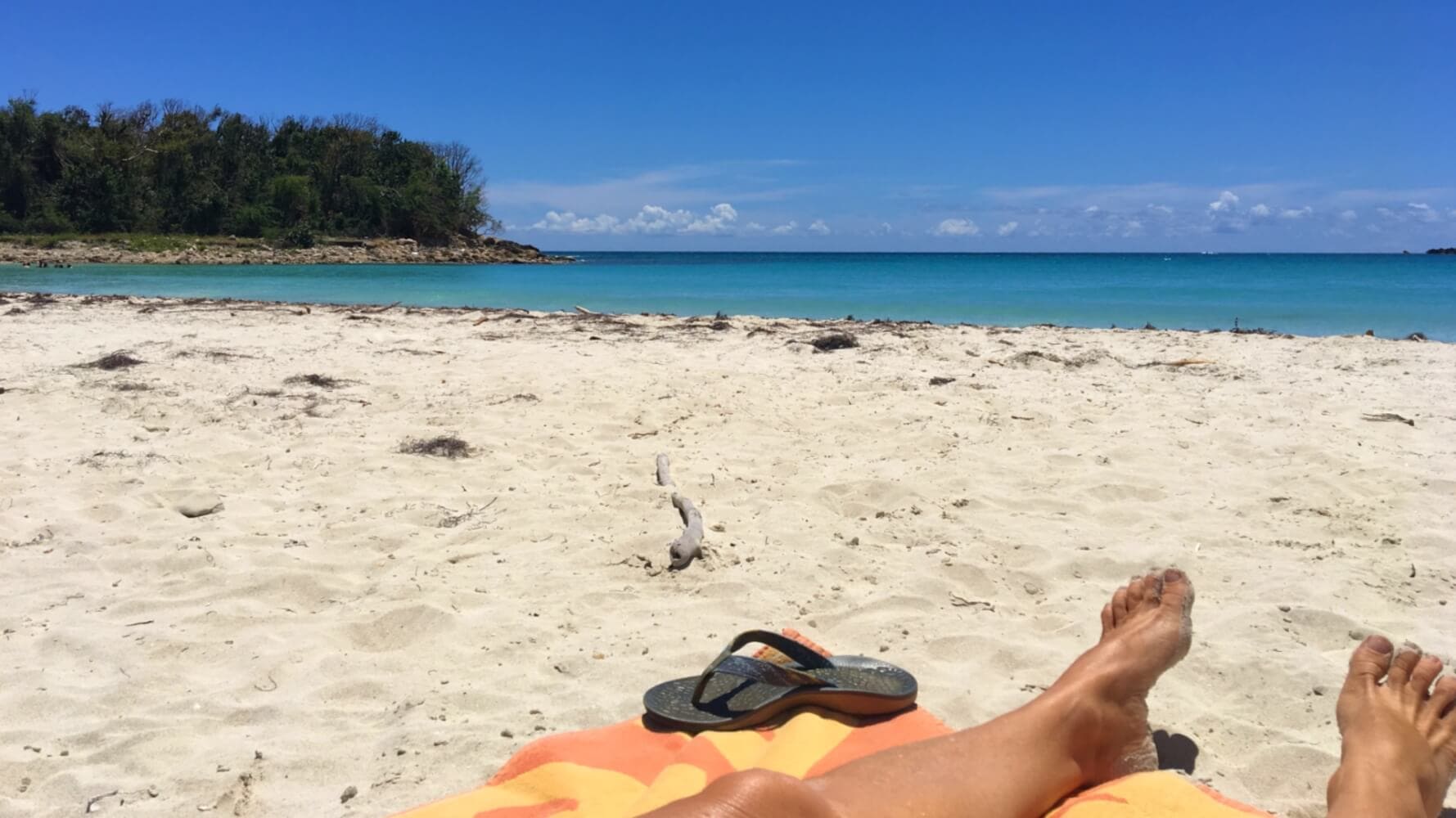 Lest you feel too badly, I should mention that without those tradewinds it gets damn hot and extremely humid in the tropics. We don't tend to use air conditioning except on rare occasions to sleep at night. Sometimes we just can't take another night of sweating.

But this time of year just sitting around in the day reading (or hacking away at a blog) we'll find sweat running down our faces (like right now!). We don't mind it, actually.

Anyway, don't worry about us, we have found ways to beat the heat, starting with hopping into the ocean. Then there are Deb's banana daiquiris, made with fruit from the back yard. Recipe below, you can thank Deb later. 🙂 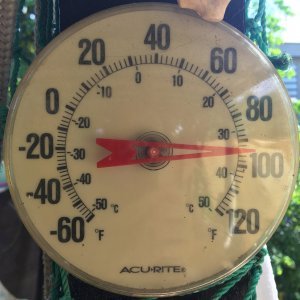 It's not the heat, it's the humidity

Put the first four ingredients in the blender and give it a whirl, so the honey gets dissolved. Then add the bananas and ice and tell that blender to make you a smoothie! The consistency should be like a thick milkshake (adjust ice accordingly). Pour into rocks glasses and add 1 TBSN of a good dark rum floater (don't skimp - this drink deserves a good rum!). We like Brugal Extra Viejo or Ron del Barrilito Tres Estrallas. Finally, thank God for bananas, rum, and blenders, and carry on! 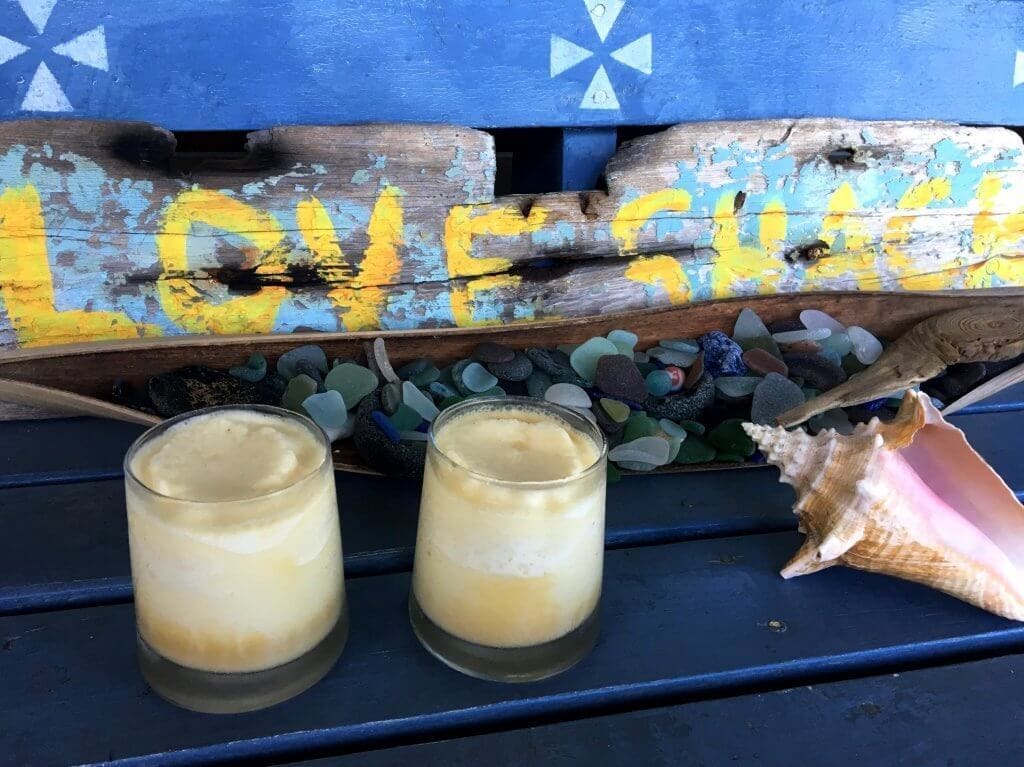 Before long it will be October when the air and water starts to cool a little. Then November and December, it's only 83F instead of 90+, and we're loving the weather all over again. And by then we'll be back into high season when everything is open, all the people are back, and the joint is hoppin'. It's the circle of life, Simba. Enjoy slow season, it definitely won't last.

TODAY'S SPECIAL: "Lime in the Coconut" by none other than Harry Nillson. Den you feel betta.