Well, we're storming into our last week in Siesta Key. It's been a great vacation (even though I said it wasn't a vacation). We've enjoyed everything and everyone, waitresses, trolley drivers, even the tourists. Just today a Texas couple pulled over to talk at a stop sign (we were on our bikes) asking directions to the prettiest beach. We pointed them straight to the big beach, the Siesta Beach; I sure wasn't going to tell them about “our beach”, Pyle Point! We really do like all the beaches, also that this area has everything you need and some things you only want. We love the restaurants, especially the fresh seafood; and although we're not big on eating out, the few times we have done so the food has been amazing.

We also really love the afternoon thunderstorms we've been getting every other day or so. On the same bike ride today we got caught in a thunderstorm coming back from the island. We were doing well keeping ahead of it until we had to stop at a traffic light a half mile from the house; that's when it caught us and it really caught us! I stuffed my phone into my waterproof saddle bag because I hadn't brought along my usual ziplock baggie. We were soaked to the skin in a couple of minutes, as were the doggies in the saddle baskets. In the driving rain, we even broke the law and rode across the metal bridge span, right by the sign that says not to do that (we never do that – now we're rebels!?) The bridge tender has seen us walk our bikes across many, many times, so we hope he will give us a pass this time. We were really wet, but we were not cold, not in the least. It was the classic warm sub-tropical rain, not the bone-chilling cold rain of Colorado, and even with the skies opening up like that, no hail! 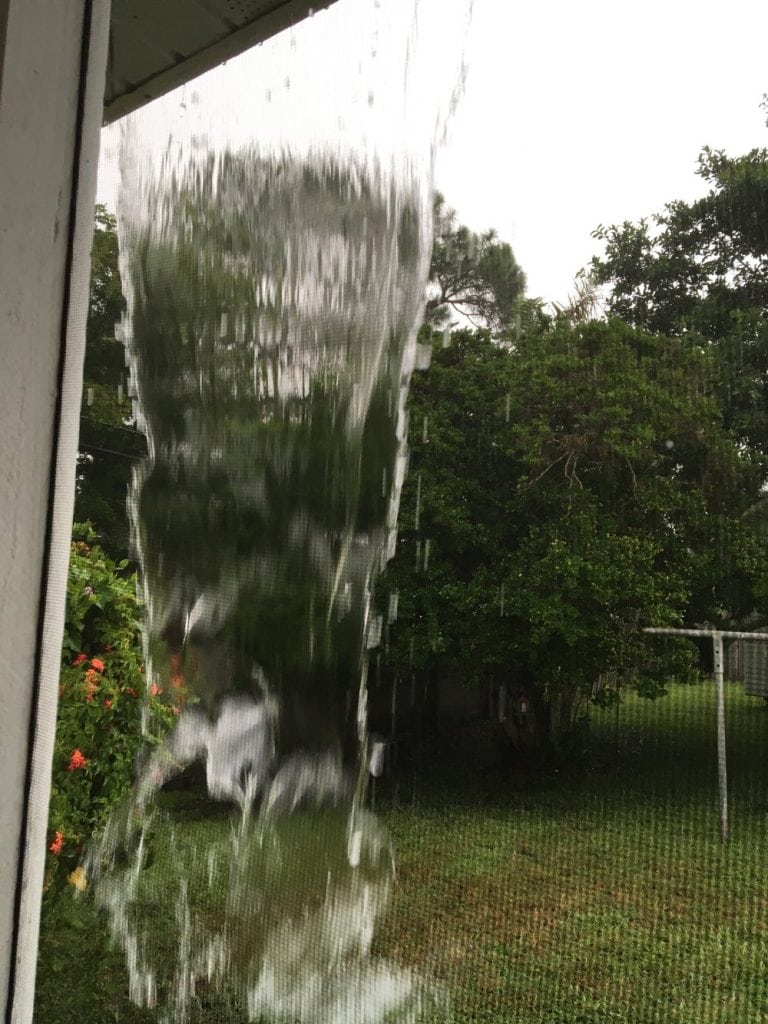 This corner of the back porch is our rain gauge.

It's funny, I just realized that we haven't driven our car (and likely won't drive it) over on the island the whole month we're here. We live just over the bridge and walk or bike over exclusively. There's limited parking there anyway, and we just don't need the hassle of a car.  We use it for grocery shopping (yay Trader Joe's!), or going to do “business” like printing legal papers to sign, scanning them, etc. (when you have no stuff, you have no printer). This is good prep for our Caribbean adventures where we may not (likely will not) have a car. We will have bikes, may get a scooter, but a car is less likely. So this part is good training, and is working out pretty well.

Another thing that comes to mind is the difference in the beer scenes from where we were (Colorado) to where we are (Florida, obviously). I know the eclipse was a big deal in Colorado (bigger in Wyoming) but the state of Colorado actually revolves around beer. It is truly a huge part of life there, the IPA styles from each coast (New England IPAs ↔ West Coast IPAs), German Altbier, Gose & Pilsener, Russian Imperial Stout, English Bitter & Brown (not to mention London Porter), Belgian Dubbel, Irish Dry Stout, the list goes on and so does the brewing in Colorado.

But for a state as populous as Florida is, it's surprising how “up and coming” the craft beer scene remains here. The state has the 11th most breweries of all states, but is only 43rd when it comes to “per capita” breweries. Colorado OTOH, has the 3rd most breweries and is 6th “per capita”. But it's not about numbers, it's a completely different culture and comparing the two is difficult. I can get good beer here, lots of good locals in the liquor stores and bars (shout out to Cigar City Jai Alai IPA!), and some good medium sized craft breweries like Lagunitas, Goose Island, Yuengling, and Sierra Nevada are also very common. But the beer culture is one thing I definitely miss, and will continue to miss about Colorado. 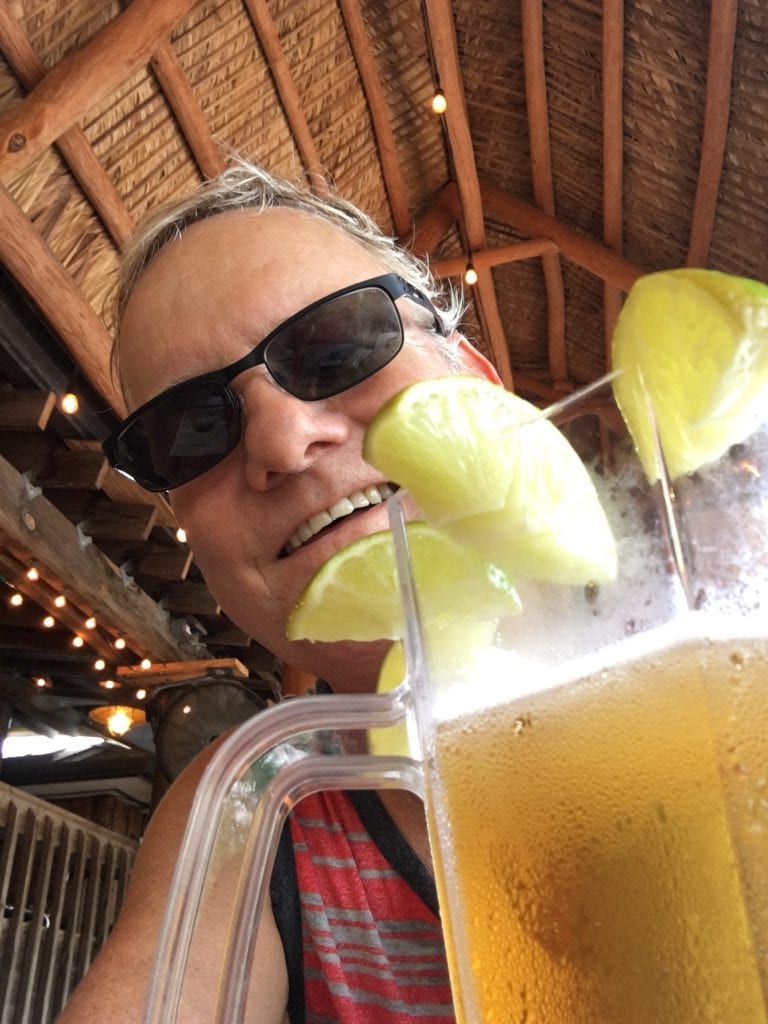 We've snorkeled a few times here on Siesta Key, once in the early morning, but even in the morning the water wasn't very clear. I think it's because of all the night-time rains, or at least that's a contributor. It washes from the land into the water and clouds things up, off-shore storms stir it up as well. A hurricane passed through the Gulf this week, far from us but maybe enough to stir some things a little bit. Neither of us enjoy snorkeling with only 4 feet of visibility (does anyone?) so we haven't done a lot of it. But then we drove to Venice Beach a half hour south, to snorkel and look for shark teeth. The area is famous for fossilized shark teeth washing up on the shores by the thousands aaaannnddd of course we didn't find any. We did enjoy some really nice snorkeling there, the water was much more clear, probably 15' or so of visibility. Saw some interesting fish, some big schools of small fish, and a fighting conch cruising slowly along the sandy bottom. But no shark teeth.

Over at “our beach” we've seen manatees, aka sea cows, twice swimming right by us while we were just hanging out in the water. The first time was a bit of a shock seeing this big dark shadow “right there”. I quickly realized what it was, and felt a little, no, a lot better! Weighing on average around 650 pounds and measuring 8 feet long, they are a real site when you see two of them swimming just a few feet away from you!  They cruised down the beach just a little faster than I could swim, in 5 feet of water about 30 feet from shore. The second time was even better as they slowed down, came up for a few breaths with their cute snouts and seemed to generally be in less of a hurry. These things are vegans 🙂 so no worries about getting bit. If they did, they'd probably just gnaw the hair off my legs or something.

One day while walking across the drawbridge, we were on the metal span and the sirens started going off; it was damn loud! I knew the bridge tender saw us and wasn't going to open the bridge while we were on it, but we high-tailed it off the moveable part!  We stood and watched the Coast Guard boat go through – it was some sort of “work” boat, with a lift, machinery, etc. I wanted to salute but I didn't want to look like a dork. 🙂  It was pretty cool though.

So now we're wrapping up our Siesta Key bucket list, hitting every side street on our bikes, every Tiki bar we've seen, and every beach that's close. We still need to get a real sunset evening over the water and get some pictures. After all, sunsets are what people really love, and we do too!  They say if you listen closely you can hear it sizzle as it hits the water.

BTW, we know these have all been baby steps for us so far in the early retirement / head to the tropics overall plan. We know we have the training wheels on right now; it's all leading up to the big step when we hit the Caribbean sand this fall. We'll have to figure out not just the climate, hurricane season, but new cultures, a new language, everything new.

Much more on this subject later, but we've really learned quite a bit since moving to Florida in June. Most of it centers around clothing (It turns out I don't need 3 pairs of socks! And no, I don't need 3 pairs of long pants either!). Except for one cold, wet, air-conditioned day in north Florida, I haven't worn long pants or socks since we left Colorado. In the tropical “winter” maybe I will want some, but I'm pretty sure at this point I'm overpacked!  I think that Florida is hotter in the summer and cooler in the winter than the islands, but we'll have to see about that. Now that we're southerners, a few degrees up or down makes a difference!  More on what Deb calls “Bringer's Remorse” later. 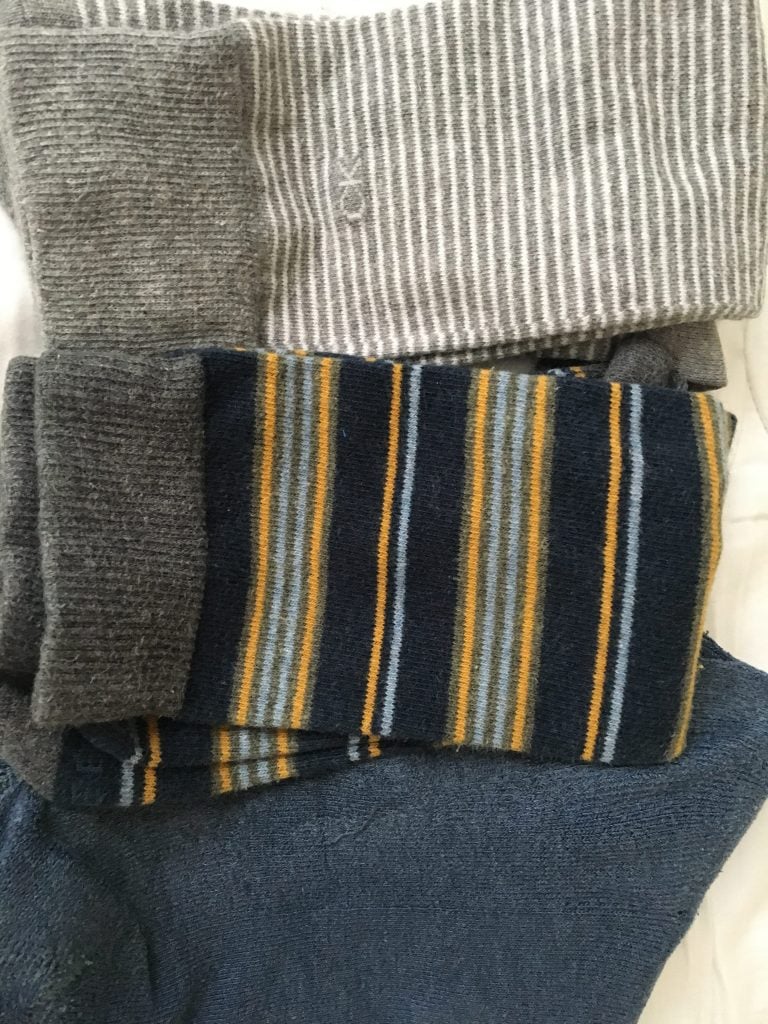 I do know I don't need these!

TODAY'S SPECIAL - Leave this Island by Howard Livingston and the Mile Marker 24 Band:  “My friends up north they say i've gone a little crazy.  They say come back home, get a job, stop being so lazy...”

So what about you? Have you gone places where you over-packed or under-packed, even for just a week or two?  Tell us your lessons learned - we'd love to hear them, we need to learn!