Well, if life is a journey, and we do believe it is, we ought to be like the breeze and keep on blowin' down the road. Any road, it doesn't matter, and the great part is that we all get to choose our own roads.

In our case, we'd taken a road we really liked. Then we took a rest in a place we really liked, Vieques PR. We found it had more gravity than most places so it took quite some time to get enough energy to escape it, with those beautiful beaches, wonderful people, wild horses, iguanas, and small town atmosphere. We finally made our bittersweet escape when we got on the plane. First the small one, and then the large one. And that part of this journey, the large plane, well let's just say it left something to be desired. Like comfort. And safety. Those things were missing.

We boarded the big yellow jet airliner and looked for our assigned seats; we'd paid extra for them after all (on Spirit Airlines everything costs extra). That's OK, that was the deal up front. We couldn't get a good day & time on the major airlines, and the discount airline Jet Blue cancelled our flight the day after we booked it. So we went with the ultra-low-cost option, Spirit. We booked window and aisle seats online and were pretty tickled with it all. Middle seats were not allowed to be booked online so we'd have a whole row to ourselves and have at least some distance from others who may or may not be carrying the dreaded virus. It ought to be a pretty "light" flight in terms of people and crowding. All was well in our world.

While everyone was boarding though, we noticed that all those middle seats were being filled. That's OK, we thought, it's just their normal "general admission" seating, and families were sitting together. Most were wearing masks but not all (we were double masked). But it sure was getting crowded, hmmph. And then, and then!, the flight attendant showed up and said she's putting someone in our middle seat! What? Those seats were left open for social distancing! This was not the deal (rather not the deal we'd assumed we had)! Then she asked if we were together, and when we confirmed that, she told me to move over. She told us to stow our small backpacks up in the overheads and tuck the dogs (in their travel bags) under the seats. Tucking the dogs was the only thing about this whole thing we were actually planning to do. You have to realize too, that when flight attendants get in "seat Nazi" mode, you have two choices: comply or get off the plane. We chose to comply.

We quickly learned that this new fellow passenger wasn't playing with a full box of dominos. With no mask, he sat down in the seat I'd just meticulously wiped down with sanitizing wipes. I was doing the once-over in my new middle seat when he showed up. He immediately started dictating recordings into his phone, things about his freedom and society and whatever else came into his head. Said he forgot his mask but the only reason for a mask is to remind you not to touch your face. He was a very happy guy though, and often just chuckled or laughed out loud at some thought that came into his head. As soon as he was allowed to, he ordered a beer. And with his constant fidgeting, he soon spilled it. And he quickly wiped it up, muttering. Fidgeted. Spilled. Wiped. Ordered another beer. Repeat!

We did not engage him for the first 3 hours of the flight but nearing the end we felt it was safe to do so. That's when we found out he flew to Puerto Rico to get a haircut, and to see the sites. When he found out everything was closed, he got on a flight (our flight) out of there. He said he might go to Utah next because he heard it was free there. I'm not sure who was paying his bills, but I'm quite sure he isn't able to support himself! The last time we saw him was in the airport after deplaning and he'd just got cash from the ATM. When his cash came out he did the Napoleon Dynamite fist pump! Leaving Napoleon to his own devices, we looked around. There we were. Orlando, Florida. Home. Or close to it. Breathe in, breathe out. Ahhh.

OK, that's all the enjoyment we got, we had to get moving! Off to baggage claim to get our large duffels and out to the pickup area where my brother Mark was waiting to grab us. He took us to his house in a wooded section of Orlando and generally was a fantastic host.

We spent a lot of time on his back porch enjoying the peace and quiet, and the beautiful landscaping he has. We spent time with him and his girlfriend and enjoyed our visits from the pizza fairy. That was what I called it because you'd order and pay online, and then you'd see a map where you could follow the pizza fairy as she was bringing your pizza. When it got close to your house, you might start to look out front but if you got distracted for even a second, poof! They were there and gone. And the pizza was on the front porch, like magic, piping hot and delicious! It was a pretty sweet service!

Over the next few days we went car shopping, unpacked the USPS boxes we'd sent there, and planned our next steps. Before you could say Mickey Mouse we were headed off in our new-to-us Honda CR-V to the north and then west toward Mississippi. 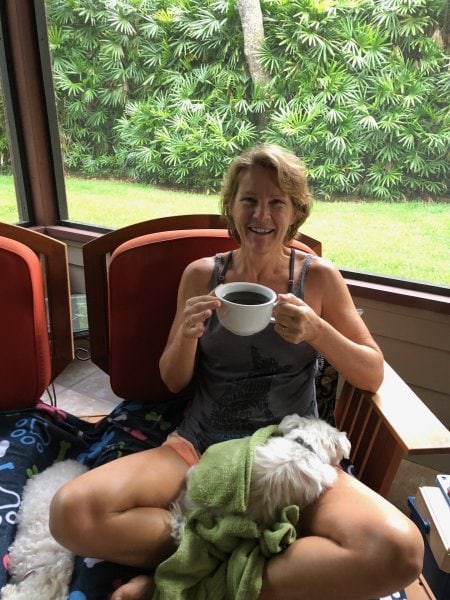 We spent the next week in Gulfport, MS, a breezy laid-back beach area on the Gulf of Mexico. We were actually right on the edge of a municipality called Long Beach. Who knew Mississippi had a Long Beach? It is home to a very long beach (of course) and to the University of Southern Mississippi Gulf Park. We were only a couple of blocks from the beach, so that was a nice easy walk and the doggies loved it. The sand on the beach is a brilliant white sugar sand, but the water has a brown tint to it, I suspect from all of the nutrients that come down the Mississippi River. The water is also very, very shallow, to the point that you can walk out a hundred yards and still be in waist-deep water. We saw some people doing that, wading far out in the water; some were even standing out there and fishing. 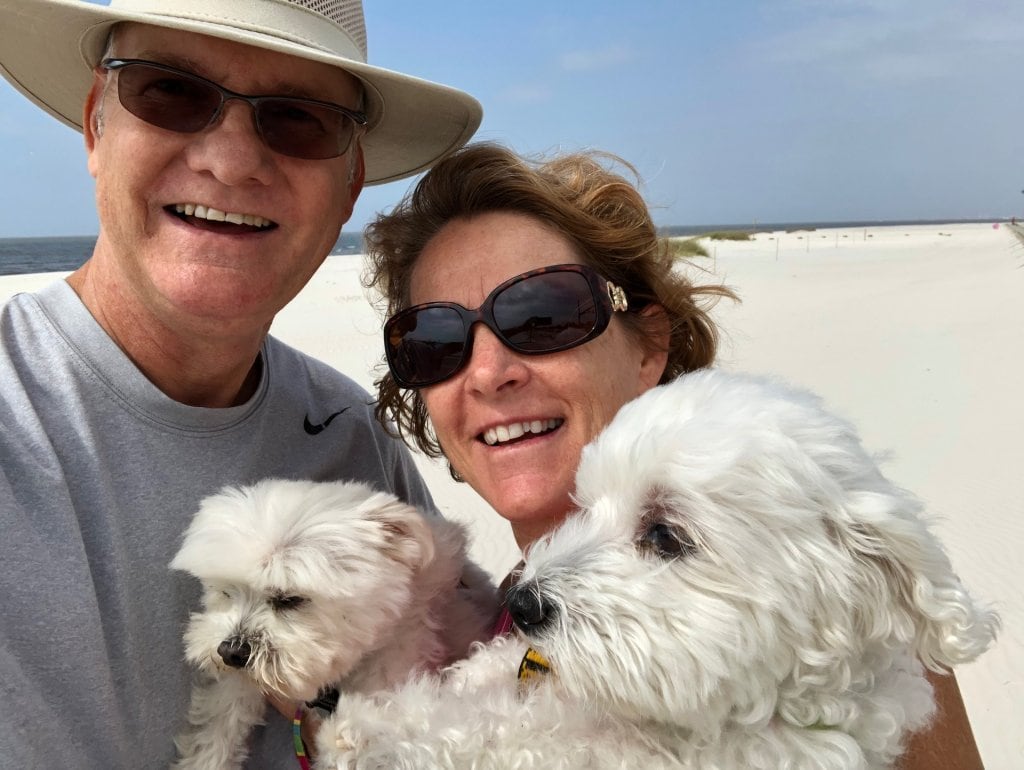 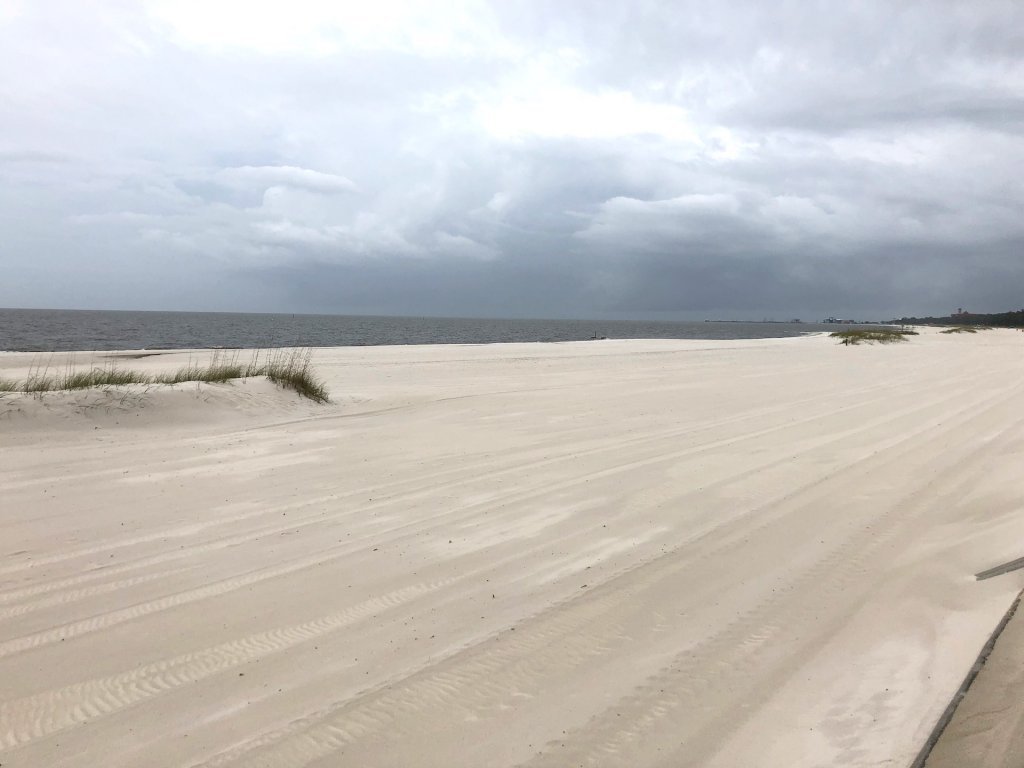 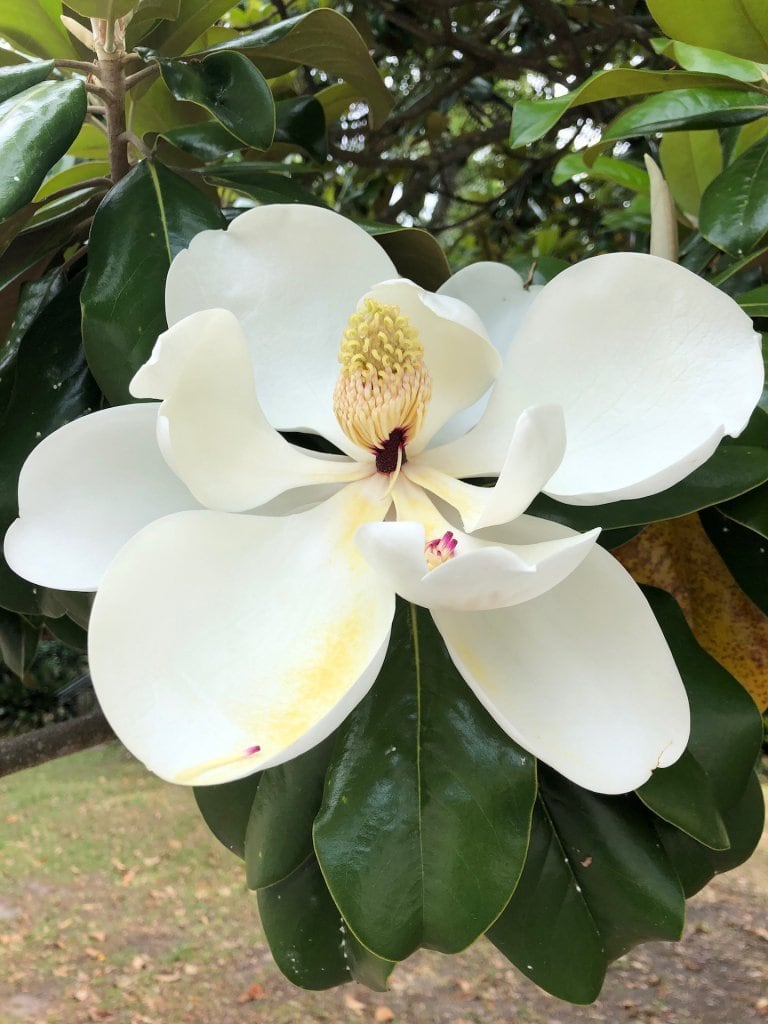 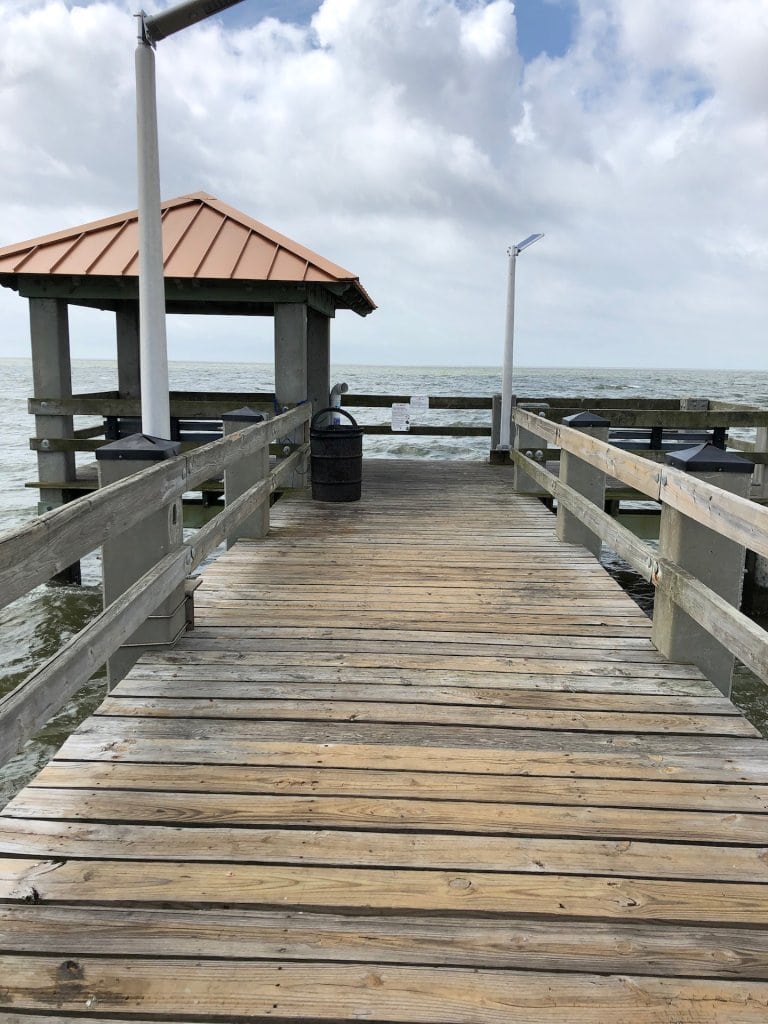 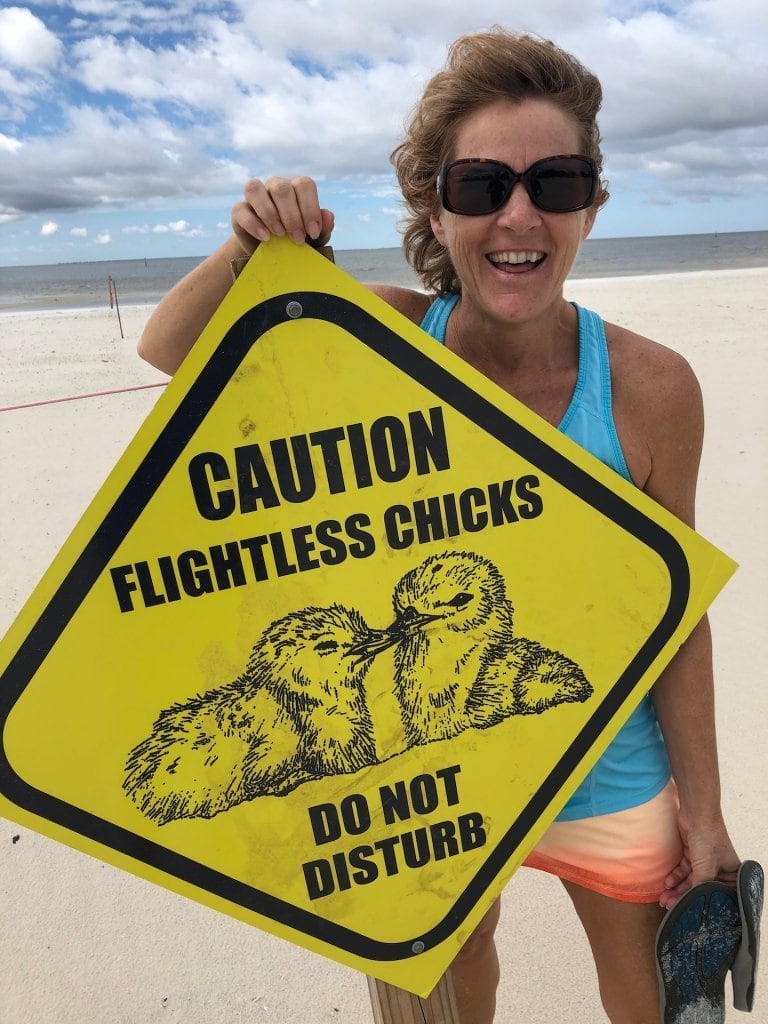 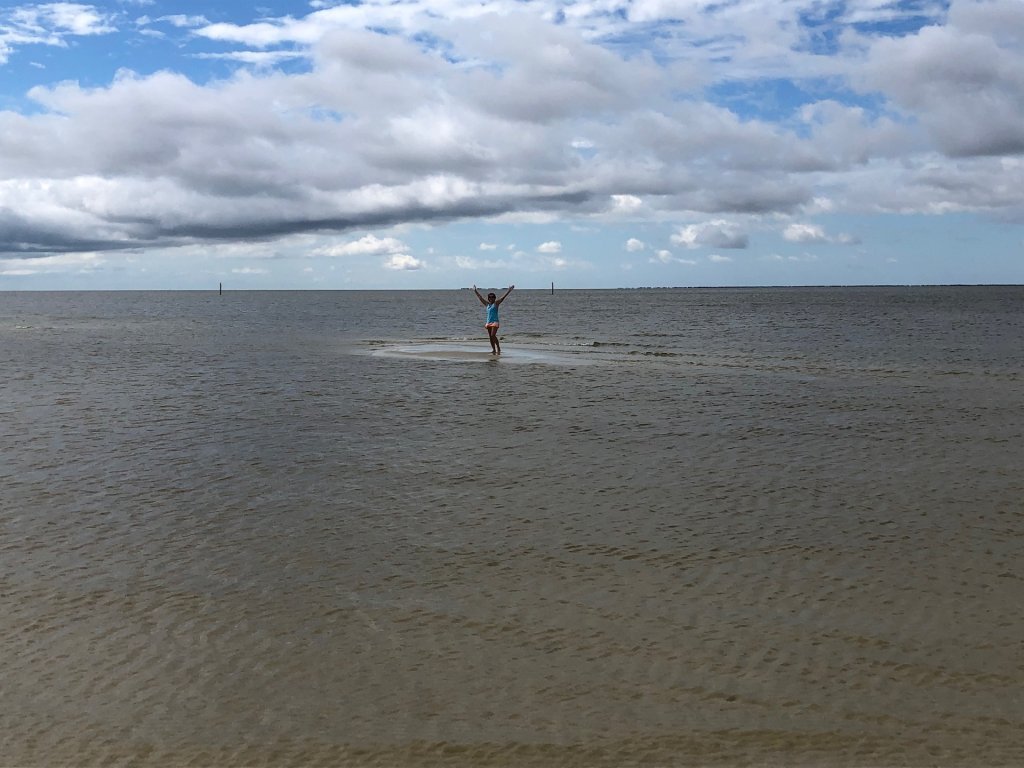 We strolled out onto a long pier one day, and saw a mother dolphin and her calf - very cute. We also got to enjoy our first drinks out in the wild in a couple of months. It was an (almost) waterfront restaurant with outdoor seating and lots of cool breeze. So we could enjoy ourselves in the southern sun. But mostly it was peace and quiet and daily walks. 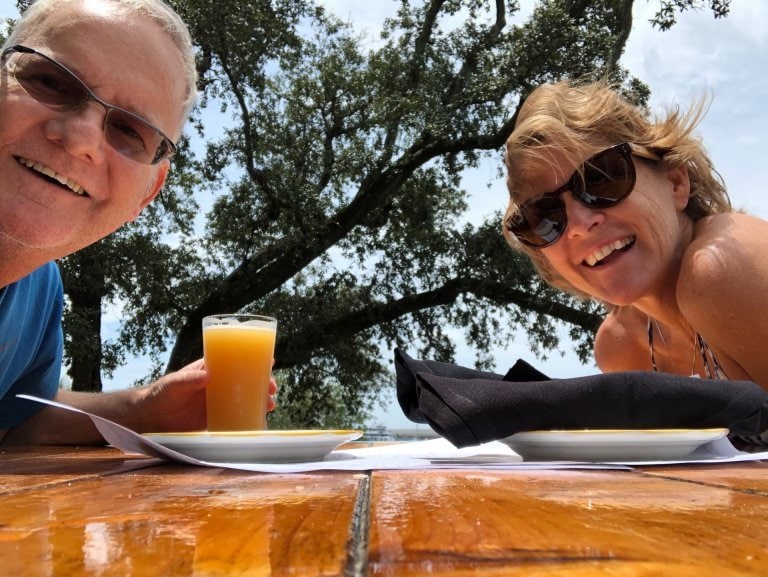 The doggies had the greatest time there, with those walks around the quiet neighborhood, and of course over to the beach. Now when I said this place was breezy, I meant it. It was more than just a breeze, it was quite windy at times in Gulfport; there were even tractors working the parking areas, returning that sugar sand back to the beach where it belongs.But all in all the weather was very pleasant.

Our little AirBnB cottage was pretty small, but private and comfortable (after we chased off a few large cockroaches). We enjoyed our time there, but mostly it was about putting days between Flight Covid-19 and meeting up with Deb's Dad and Step-Mom. Speaking of Covid-19, it was interesting to see how different states and communities were addressing it (or not) with masks, etc. There were definitely fewer masks being worn than what we were used to seeing in PR.

But we protected ourselves and before we knew it, we were moving on toward Texas. We spent two nights in a nice La Quinta there (note: we like LQ because they are super dog friendly). The hotel was pretty empty and they weren't serving their normal buffet breakfast, but they did give us some fairly reasonable sack breakfasts to take to our rooms. Their bar was also closed but we could get a complementary beer at the front desk to take to our room as well. We got Texas bock beers, both of us, and they were actually quite nice. This was in Wichita Falls, TX, home to a nice little university called Midwestern State U. We walked the pups around the pretty little campus, and ordered 3 meals worth of food, all at once, from a local restaurant. They deliver that to you curbside so that put a lid on our exposure to people. 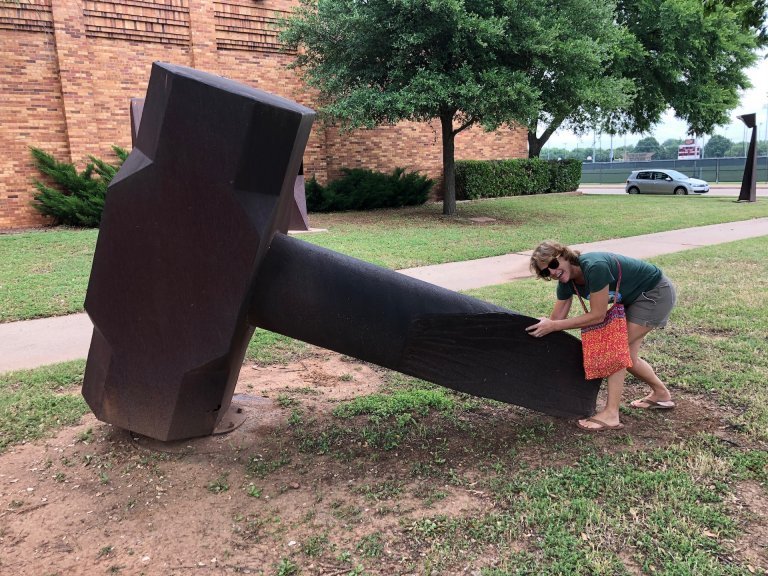 Good Lord, what's she going to do with that?

And then, that was it, we were moving on again. Blowin' down the road. 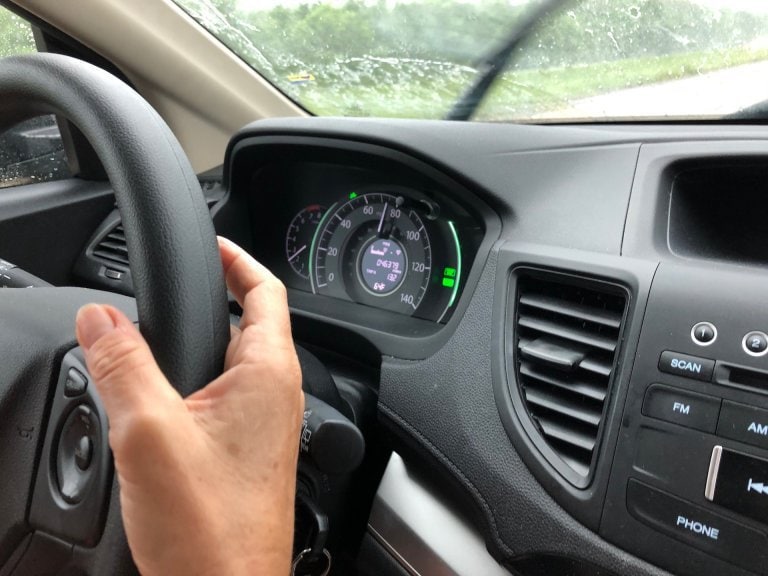 TODAY'S SPECIAL: "They Call Me The Breeze", by JJ Cale. "I got that green light babe. I got to keep movin' on. I might go out to California, might go to Georgia, I don't know."  PS. You know you're cool when Eric Clapton plays backup. 🙂