I can’t believe I’m writing about the loss of another friend, but with great sadness I am. One of our best friends on Vieques, Capt. Mike Nisius, passed away suddenly last month in St. Thomas. Mike was a highly decorated U.S. Navy aviator and U.S. Army combat veteran. He was a U.S. Coast Guard 100 Ton Master Captain as well as a PADI Divemaster. There was the Bachelors degree in music composition - music really brought him peace and joy. He also had a couple of Master’s degrees in business. He was a Dad, with three teenagers from a previous marriage. But to us, all wrapped up, he was just Mike, a damn good guy.

We'd go to the beaches on Sundays and grill chicken, hotdogs, and veggies, eat Mike’s arroz y habichuelas (Puerto Rican rice and beans), maybe our pizza from the grill or other peoples' wonderful food, and stay hydrated with a few Medalla beers. In his honor, we did something like this again on Sunday, only a lot more people showed up to send him off. There were three big beach tents, half a dozen umbrellas, beach chairs, coolers, several grills, and so much food. Even his brother and sister flew in from the states for the event. Such a great day and a fitting way to say goodbye. But that sure didn't make it any easier on any of us.

Mike and his partner Laura were living many peoples’ dream lives, sailing the Caribbean while living aboard the S/V Surely Sea. They went to many ports, but they talked lovingly about Jost Van Dyke, St. Maarten, and Grenada. Mike said at one point that the Soggy Dollar Bar was on his bucket list and they finally went there last year. We even watched them on the Soggy Dollar webcam. This summer, they stopped in again, and I'm so glad they did. We're happy he was living the dream with such a wonderful woman to share it all with. 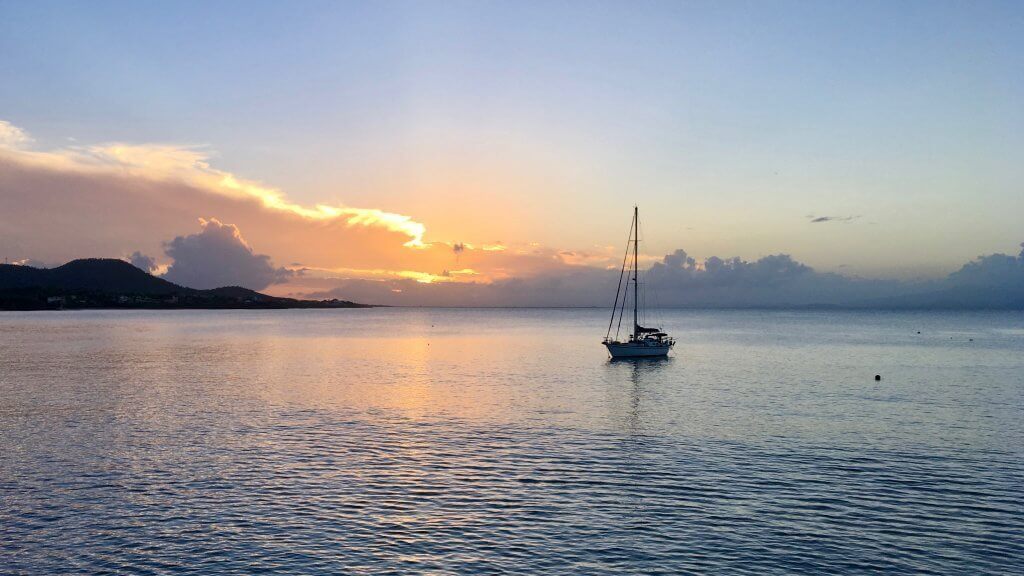 Mike's passing has certainly reinforced something we've known for a while. Tomorrow isn't promised, so get out and enjoy every single day as it comes. He was living life to the fullest when he passed, but we sure wish he was still here with us all, to tell us more tales. He was taken away much too soon. 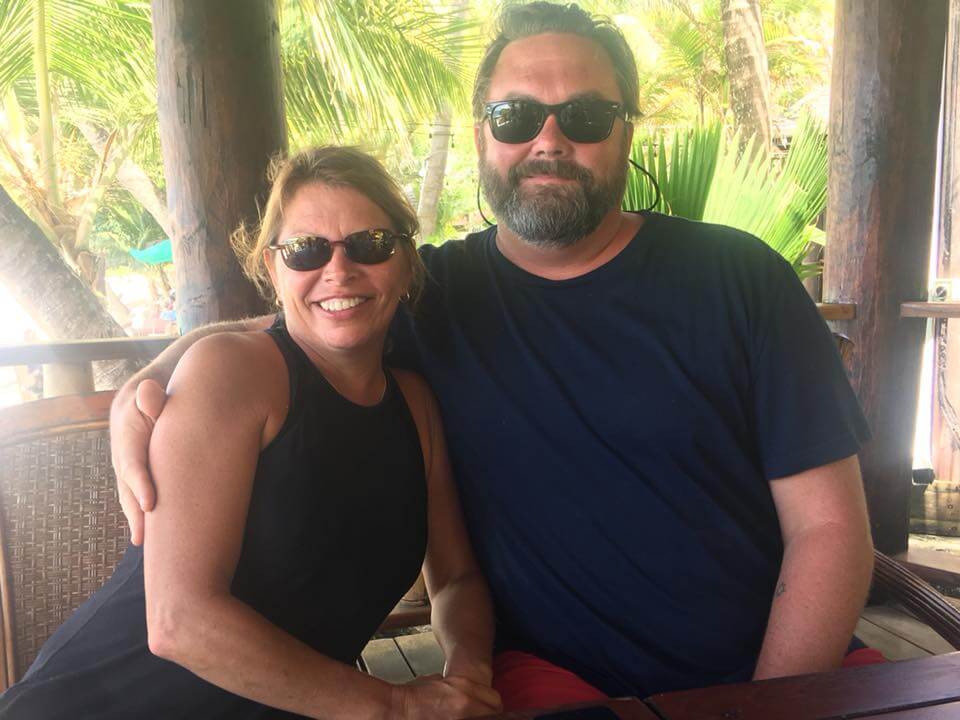 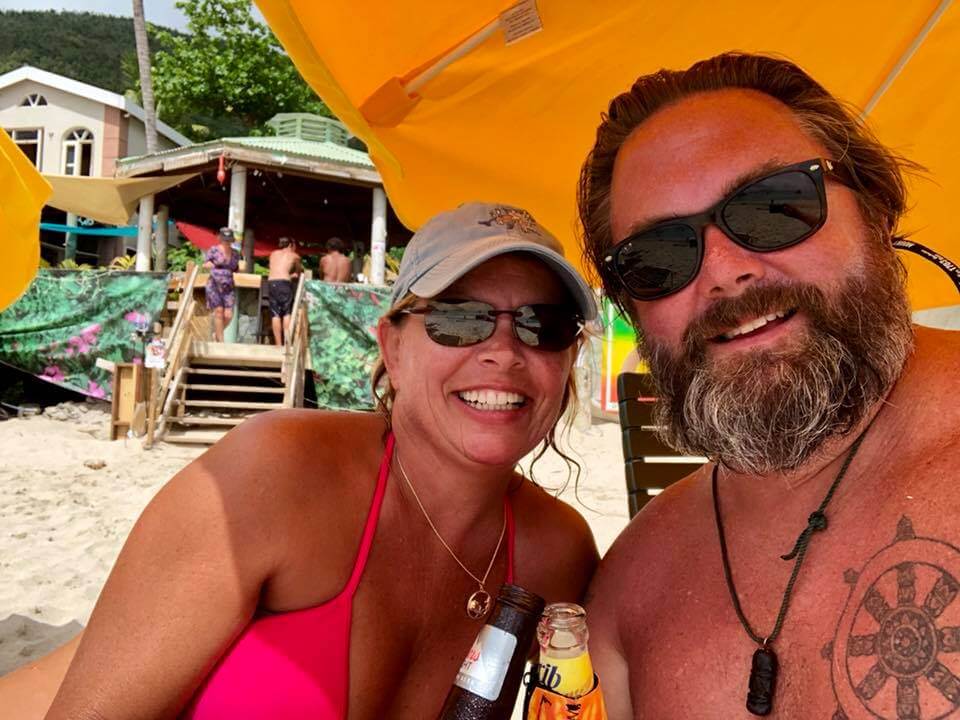 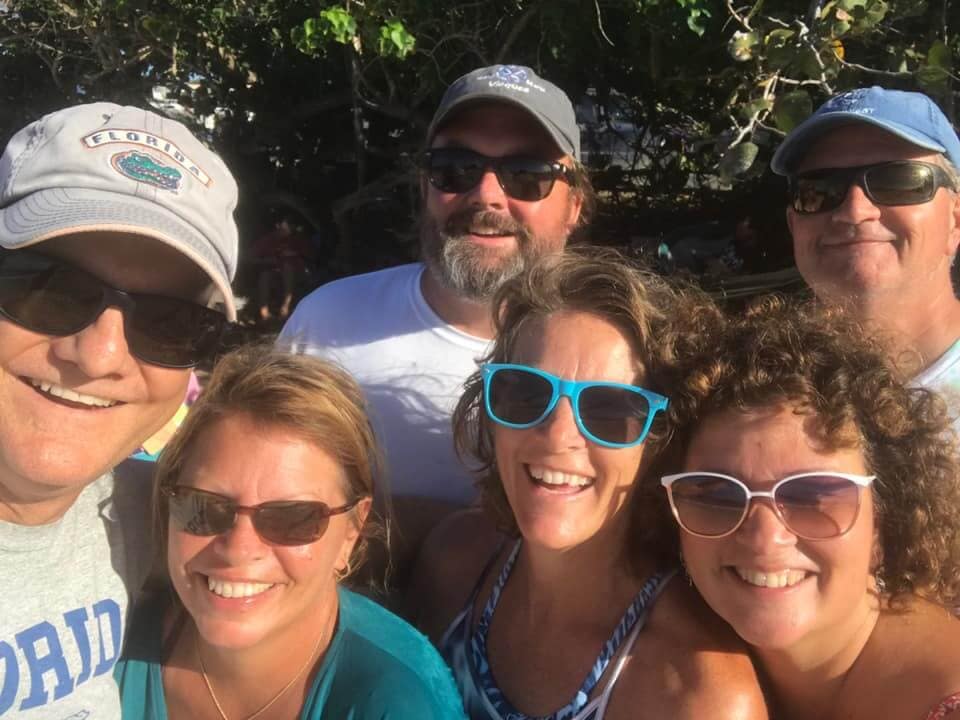 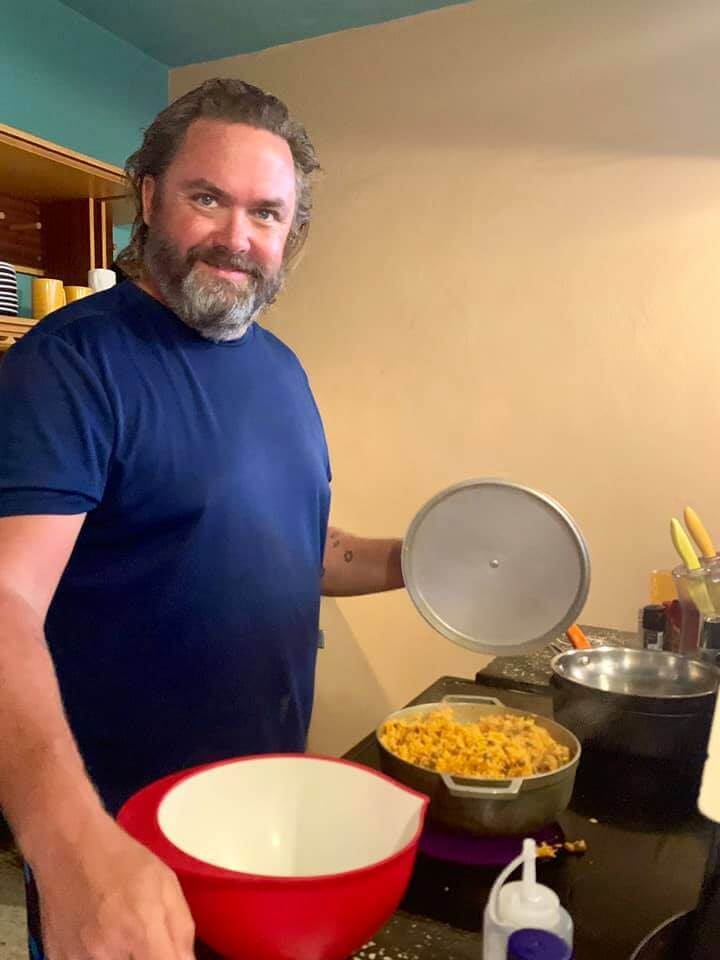 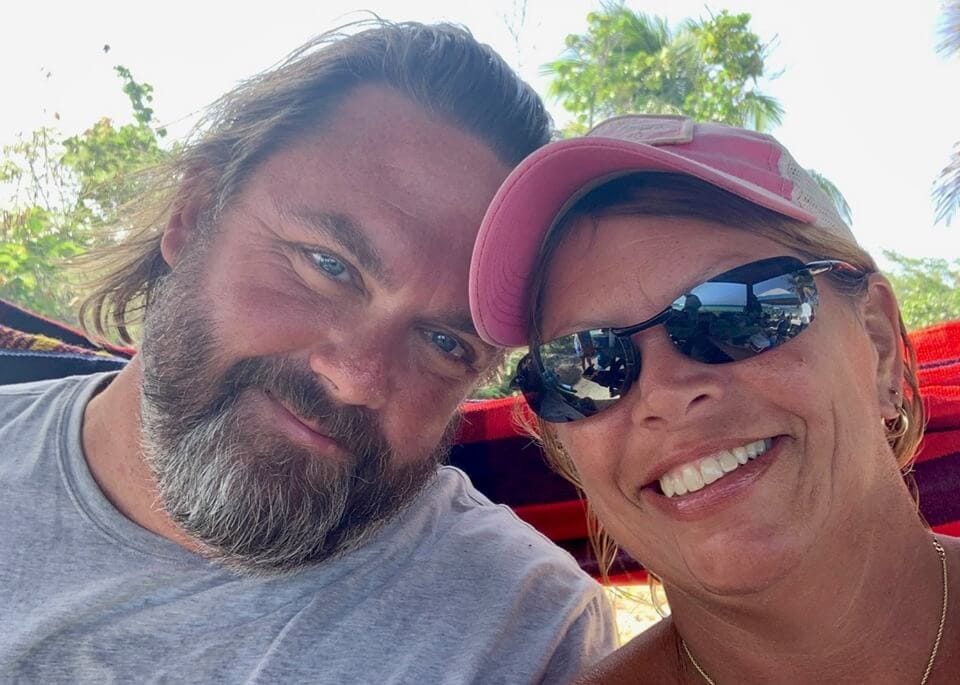 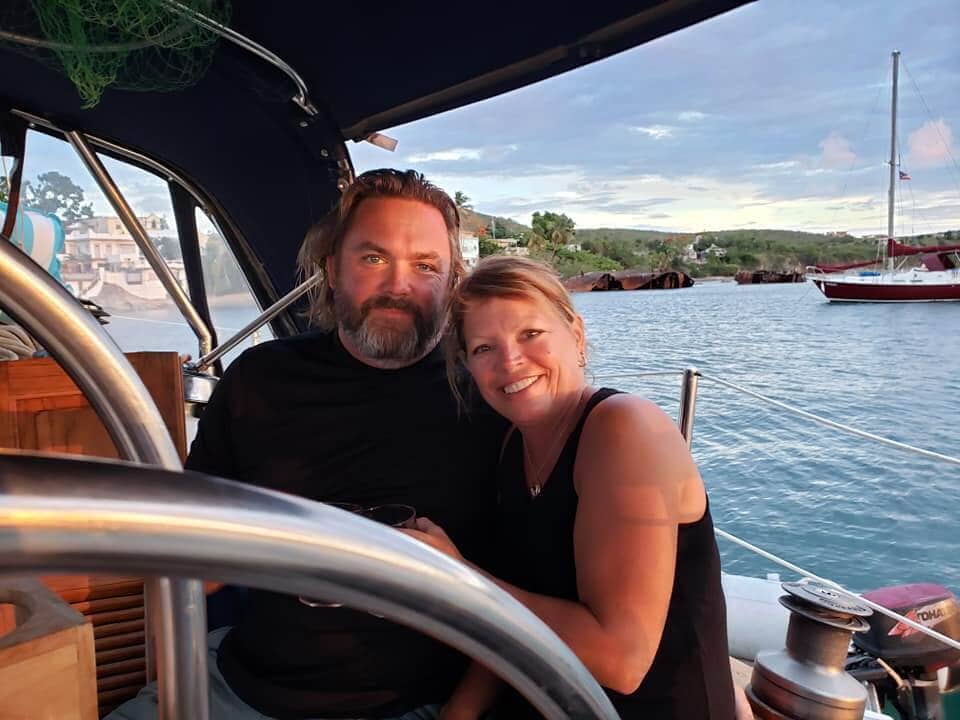 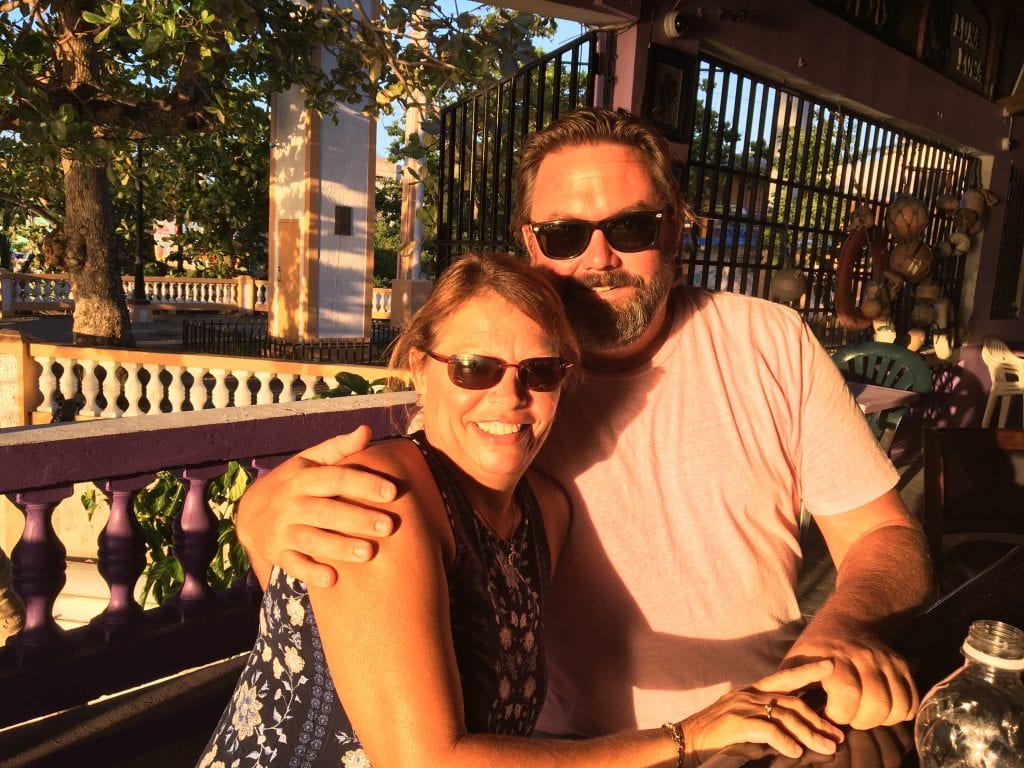 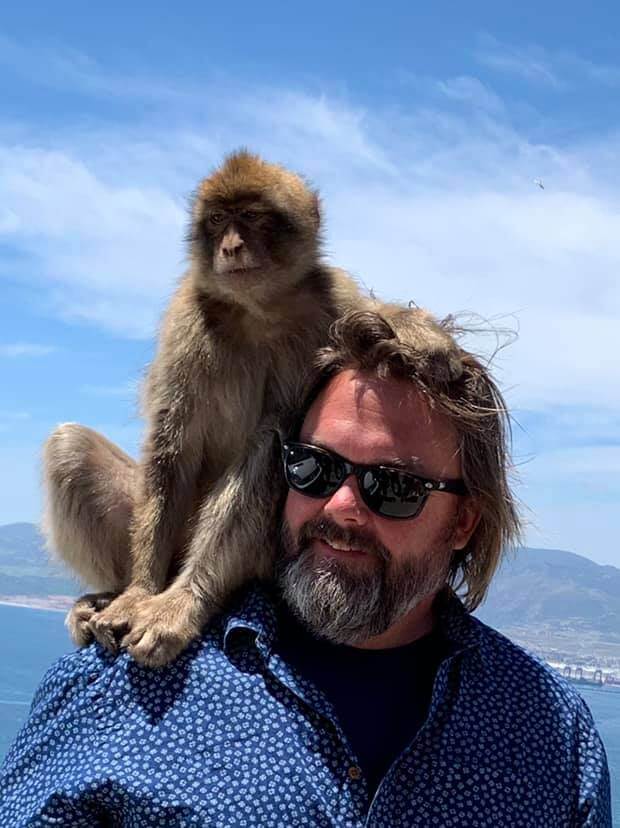 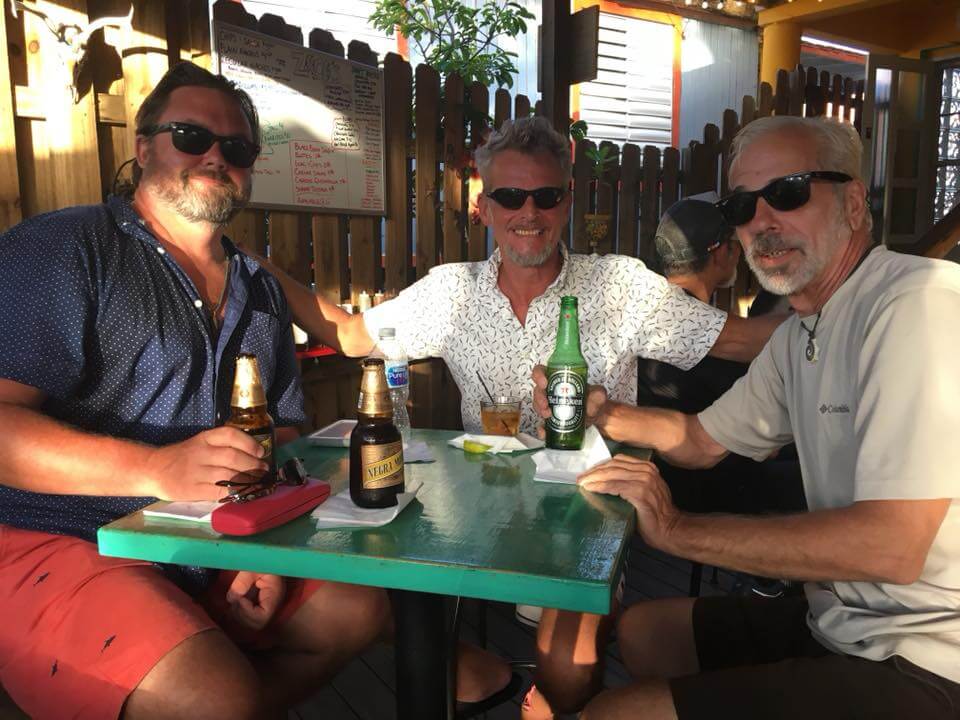 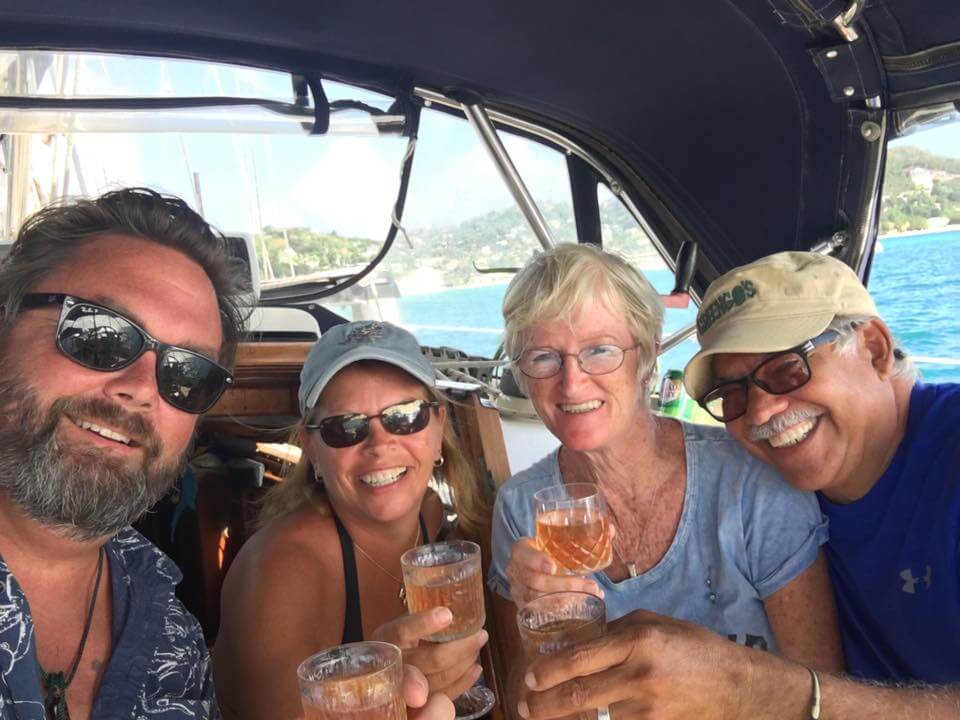 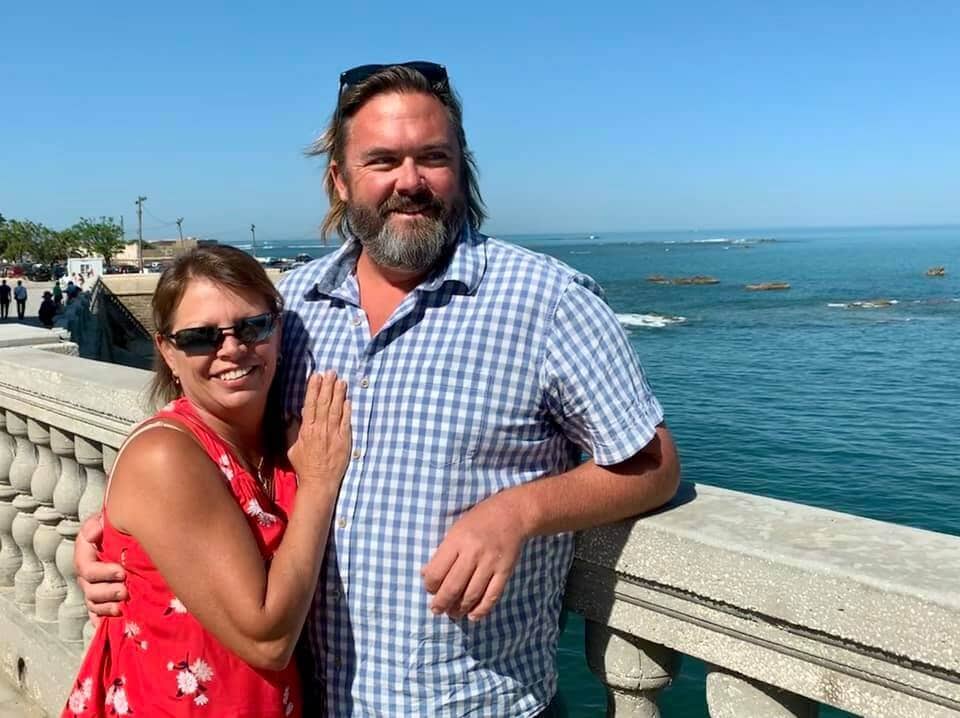 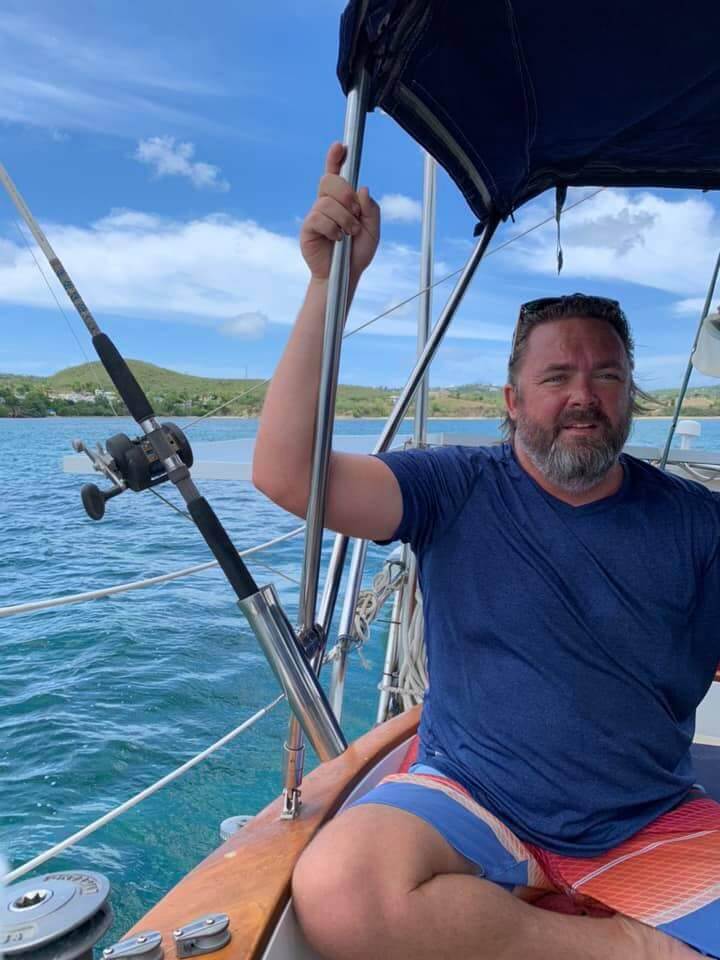 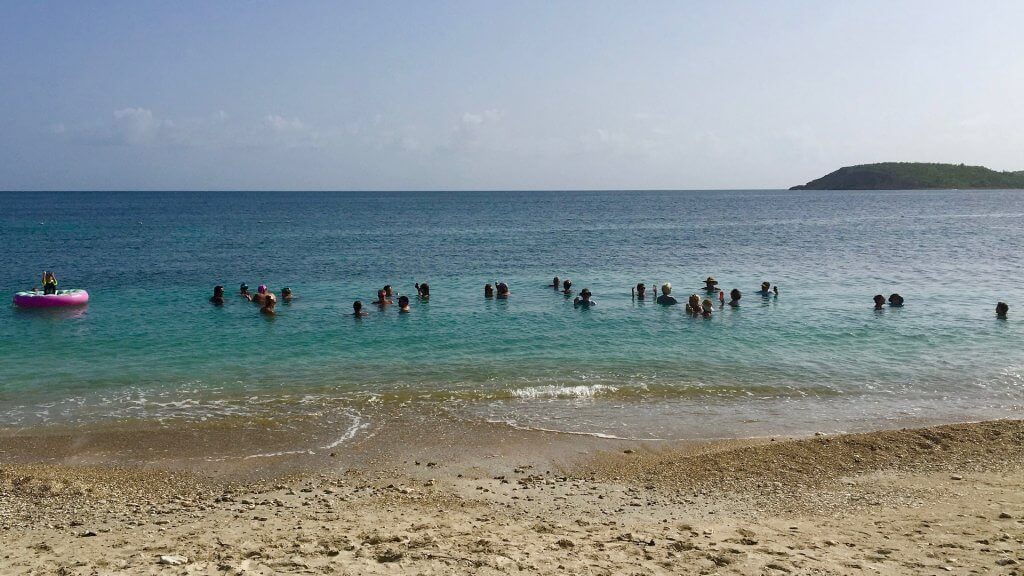 Mike's Memorial Beach Party - a small portion of the attendees

Laura is back in Vieques and is getting all the love we can give her. We’re all in the dumps to some extent, but she’s got an enormous burden so we ask for all the love and prayers you can send her way, from wherever you are.

Float On, Capt. Mike, we miss you so much.

TODAY'S SPECIAL is from Modest Mouse and from Mike's own playlist. Don't worry, we'll all float on.