West is Best! That's what they say in western Puerto Rico anyway. Puerto Ricans are a proud people, displaying the Puerto Rican flag everywhere you look, and that pride goes to individual regions as well. As mentioned in our Puerto Rican Drinks post, they even have a brewery called Del Oeste (From the West) whose tag line is Venimos Del Oeste (We Come from the West!) - what could be more direct than that? Obviously residents in western PR are proud of their home, and rightly so. It is peaceful and full of natural beauty, including some world-class surf breaks. I grew up in Florida in the 60's and 70's reading Surfer Magazine, with stories about Rincón and western PR, because it was, and still is, a mecca for surfers.

Starting from the far east of PR, we went by ferry from the little island of Vieques across to the port in Ceiba, in the large but abandoned Roosevelt Roads U.S. Naval Base.

From there, we got an Avis car and headed north toward San Juan and then west across the 100 mile long island. 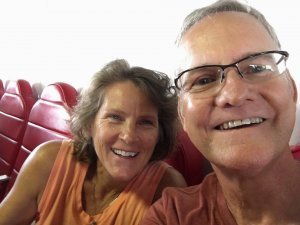 The cityscape of San Juan reminded us of Miami, or Orlando, or even Denver. It was big city highways and overpasses and construction, which threw off our phone's GPS at one point. "Take the next exit" actually means "Don't take the next exit you fool!, take the one down the road a ways", but we figured it out eventually. Before too long we were making our way westward along the northern (Atlantic) coast of the PR mainland. It was green rolling hills, interesting rock cuts through mountains, and an occasional ocean view.

Once we got to "the west" we found small cities and lots of traffic lights although not a whole lot of traffic (Vieques doesn't have traffic lights, so that was a thing for us). We were itching to get to our AirBnB condo so we didn't make any real stops. It was going to be a short trip, so we even drove on by a place I've wanted to see for years, the Arecibo Observatory. Run by the University of Central Florida in conjunction with the National Science Foundation, Arecibo has a 1000' radio antenna built right into the mountain. It is used for deep space exploration, and is even involved with SETI, the Search for Extra-Terrestrial Intelligence. So the nerd in me missed out, but I hope to have other opportunities to check it out later.

Actually, that's not entirely correct about not making any real stops. We got thirsty on that hot afternoon and pulled in for a cold beverage at Boxlab Brewing in Aguadilla. You can forgive us our thirst on a hot September afternoon, can't you? The place was a real challenge to find, damn GPS!, but it was worth the effort! Small brewery, excellent beers, open-air, what's not to like? 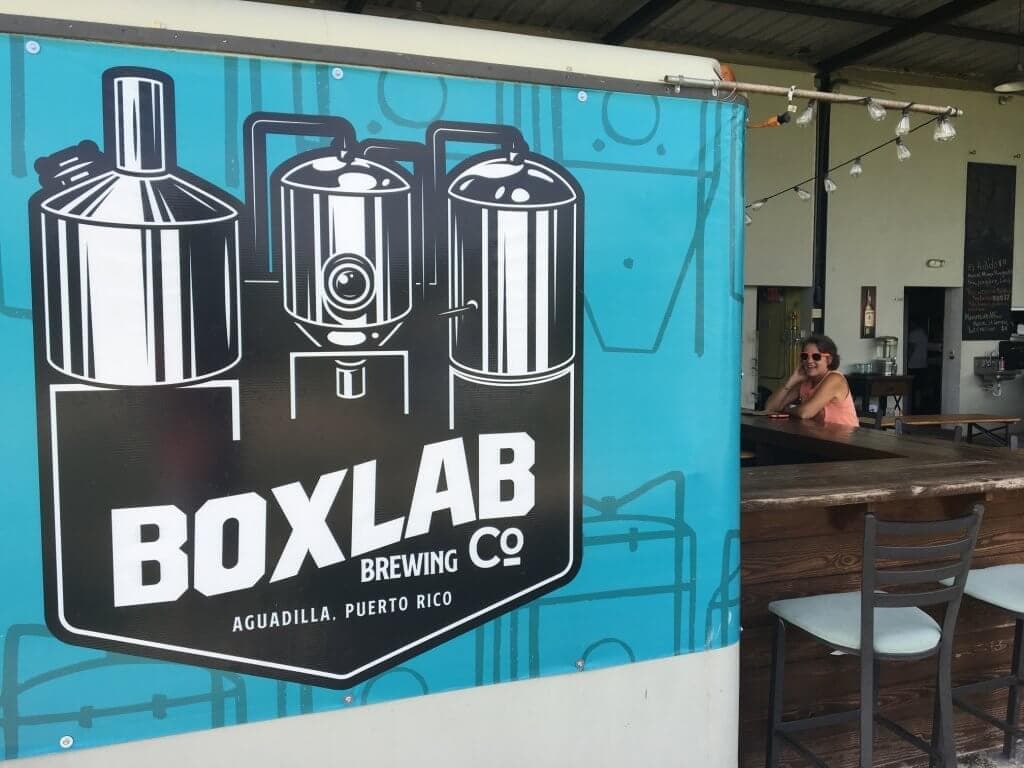 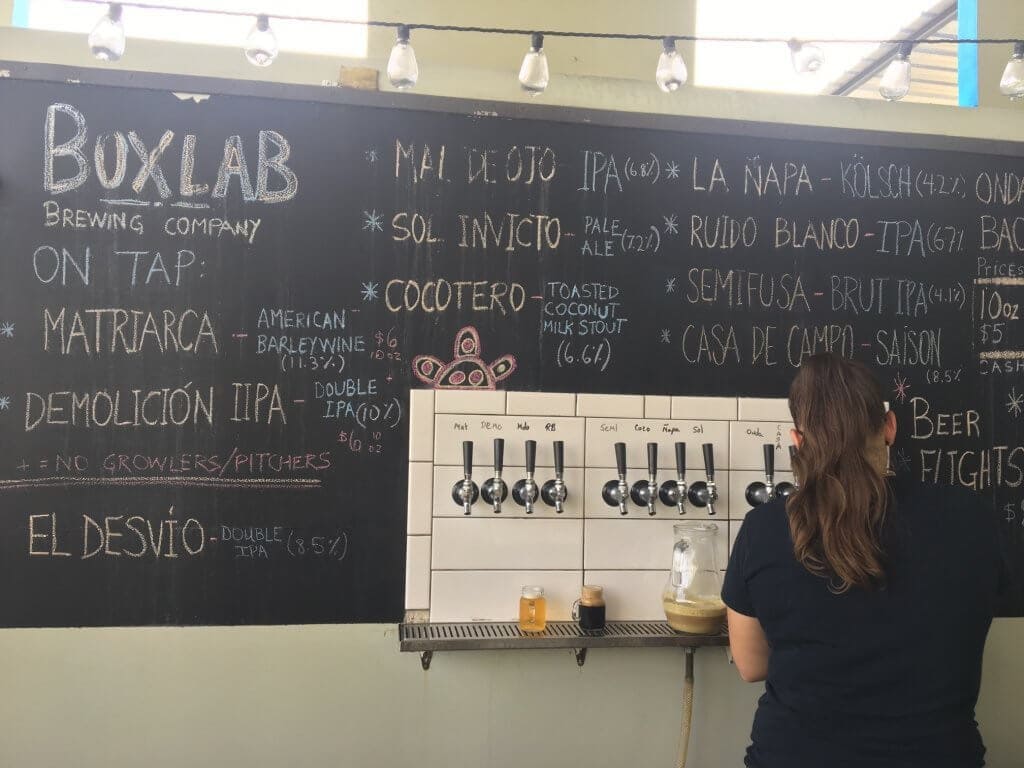 When we drove into the Rincón area mid-afternoon, we found more hills rolling down to some really beautiful beaches. The water here is actually the Mona Passage, a tight passage between the Atlantic Ocean and Caribbean Sea. The land opening is between Rincón in PR and Punta Cana in the DR (Dominican Republic). Because of that tight opening, the currents, waves, and weather can be unpredictable and dangerous for sailing cruisers. But those same attributes can be great for surfers on the coast, especially in the wintertime.

The houses we saw there were similar to those in Vieques and around the rest of PR. That means lots of rectangular concrete construction, much of which is older, but these houses update very nicely into a cool modern look. We were there in low season so there wasn't much traffic, and sometimes restaurants and bars were just closed. And they close without notice, online, or on their business. The hours say "open", but the locked door says "closed". You get the good with the bad.

We saw many signs and banners protesting a proposed "Mega hotel and casino" - apparently some/many locals really don't want this thing to happen! I don't know all the details surrounding it, but in the simplest terms it's the age-old battle of environmentalists against businesspeople. We also saw some great art in the form of murals. 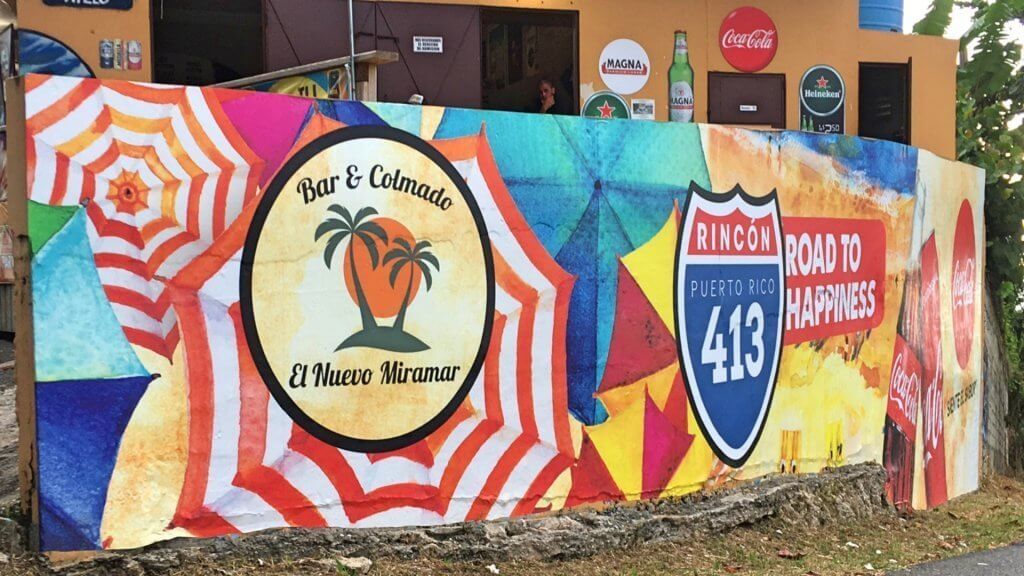 We found our AirBnB condo, a block away from the Balneario, the public beach. Since it was low season in a tourist town, the condo complex was nearly empty, mostly just us and a couple of maintenance men. But it was just right for our tastes - great location, quiet, pretty. Best of all, it was modern. The place we stay in Vieques was built in the 1960's and though it meets our needs, you can feel the age. So when we go elsewhere, it's so fun to come back into the 21st century!

Once we got settled we walked to the beach road to find a restaurant. The closest one was right on the sand, but it was loud, full of tourists, and smelled like fried food, a lot of fried food! So we moved on and found a great place at the other end of the public beach. We had a wonderful supper of fresh fish outside in the fresh air under an umbrella.

The next day it was time to explore! As I mentioned, I'd grown up reading Surfer Magazine about the famous beaches of western Puerto Rico: Domes, Steps, Maria's, Tres Palmas, Crash Boat, Jobos. They often have pro surfing competitions at these beaches. Funny thing about surf beach names - they are just named out of convenience, something obvious to the local surfers but maybe not to anyone else. Where I grew up, we had The Pines (big pine trees there), West Beach (on the east coast, but named after the West family that lived there back in the day), First Light & Second Light (first two traffic lights near the Air Force Base), etc.

With that, I give you Steps Beach. Apparently these concrete steps have been here a long, long time. And it's not a nude beach (beash?) at least as far as we can tell, we think that was somebody's joke; it's just Steps! The surf breaks on the reef, which then provides calm water for great snorkeling in the area. 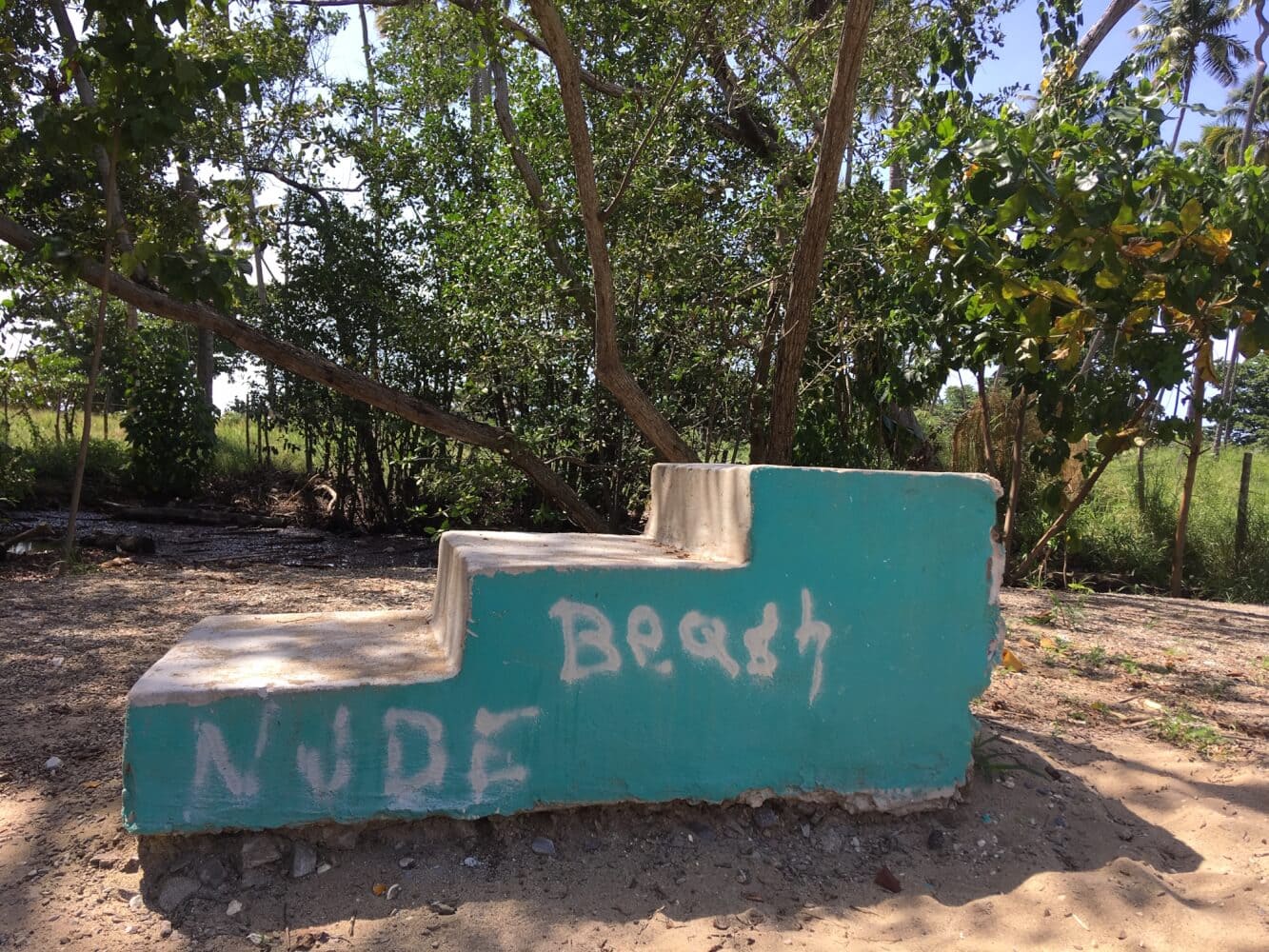 How about Domes? It's named after the enormous dome of the decommissioned nuclear power plant there. 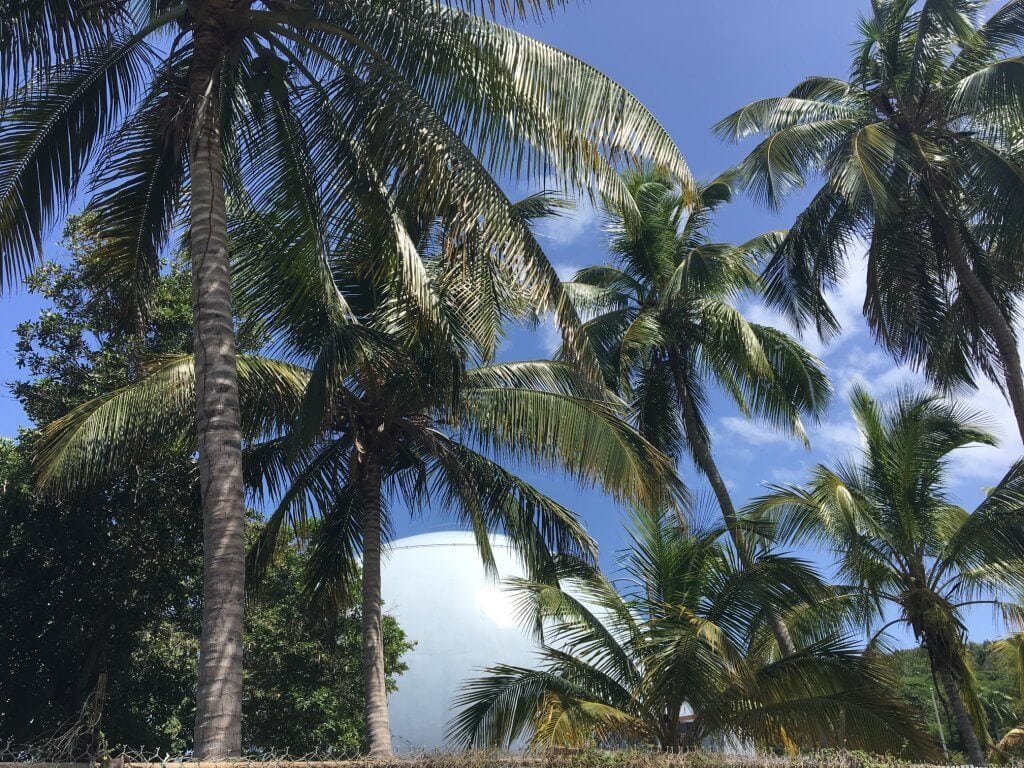 There's only one dome!

Originally named Rincon Point, Maria's Beach was re-named after a grandmother named Maria Garcia, a woman who made friends with a bunch of the surfers back in the 60's. They started calling it Maria's. Then there was a pro surf competition in 1968 (televised on ABC's Wide World of Sports!) and Maria had a Coke machine beside her house. She sold ice cold Coke to the surfers, spectators and TV people alike, carving the name Maria's Beach into history. 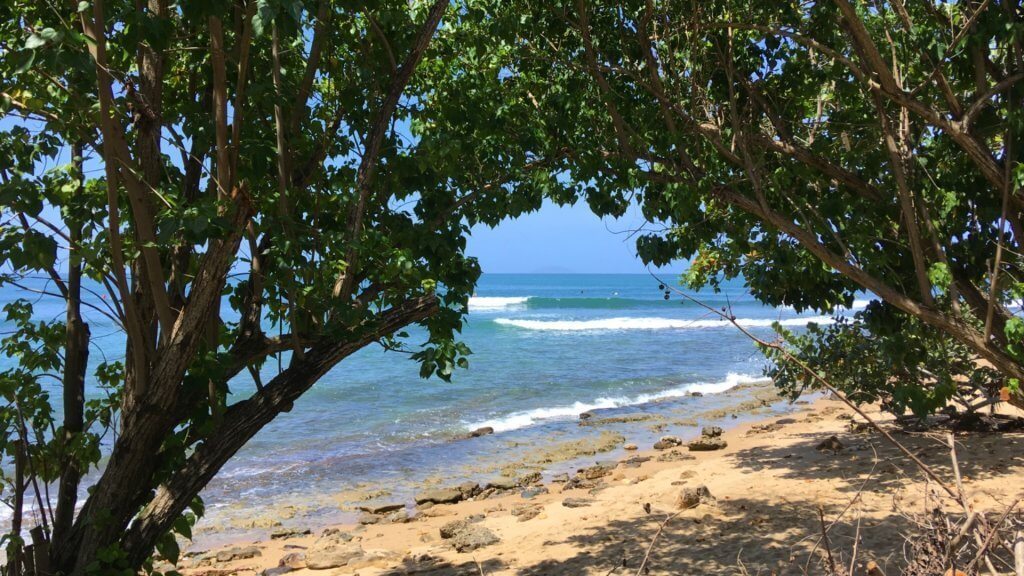 But Rincón is more than just beaches and surfing. They have some great restaurants and bars too. We really enjoyed the outside seating at the Villa Cofresi Hotel, which is right on the water. In fact, it used to have 20 feet of beach before you hit the water, but now after various storms, all that sand is gone. They actually get splashed up on the deck of the bar when the surf is up. The beach will probably build back up over time with currents and waves but for now, waterfront really means waterfront! We met a super friendly guy working there, who was from Miami, about my age, who came from Cuba with his parents a long, long time ago. I couldn't get over how happy he was living in Rincón, surfing in his time off, and just living the life. 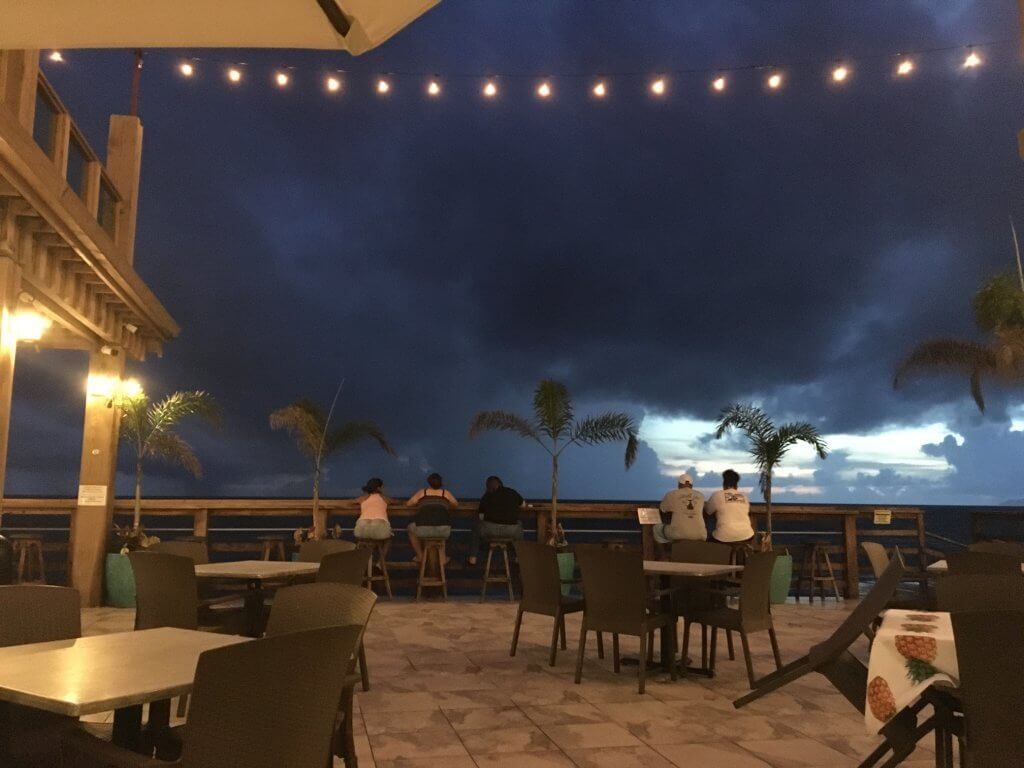 Dark night on the water's edge at Villa Cofresi.

We went a couple of times to the Rincón Beer Company, a craft beer bar in the sleepy downtown area of Rincón. Less than a 10 minute walk from our rental condo, they have lots of a PR beers and a couple from the States, not to mention fish tacos for the win! This was also where we were introduced to the delicious beers from Del Oeste, among others we enjoyed. 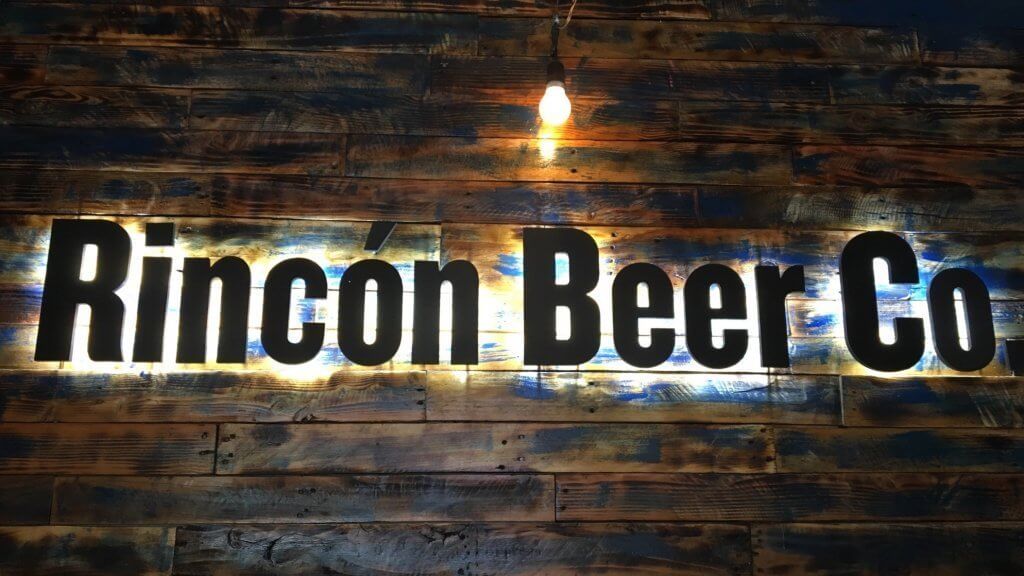 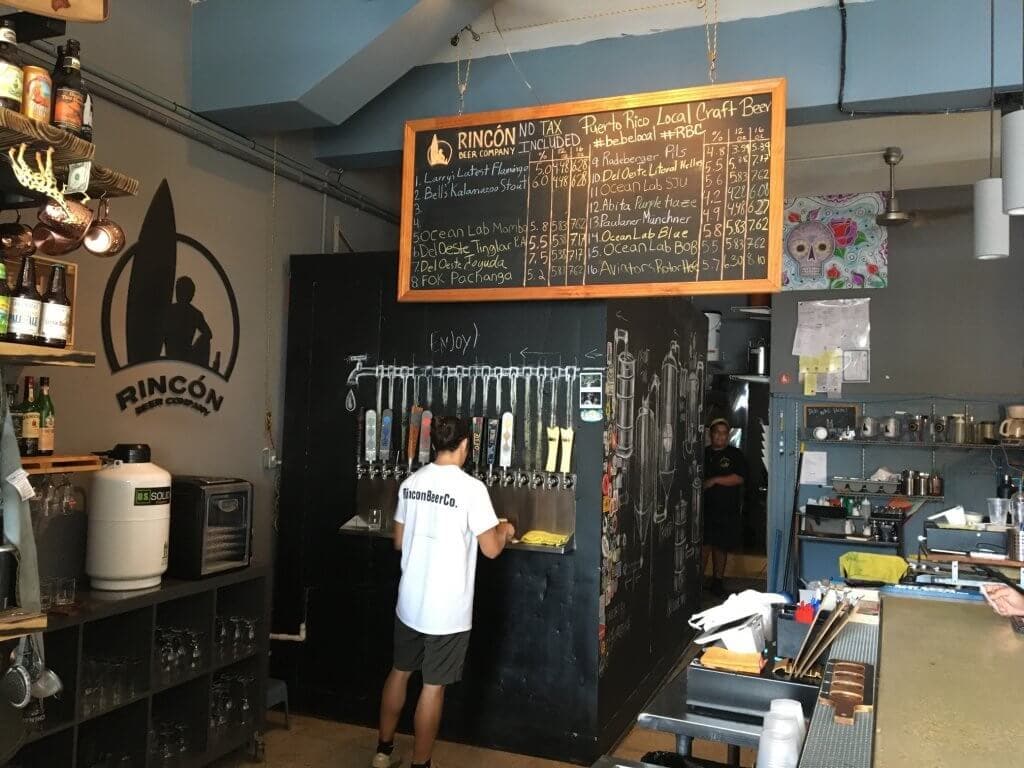 But probably our favorite place in the area for food and drink was a place called Tamboo, also right on the water in a beautiful setting. Deb said she could sit there all day enjoying the fresh watermelon juice and grilled fish sandwiches. They had good beer too so all was right in my world! 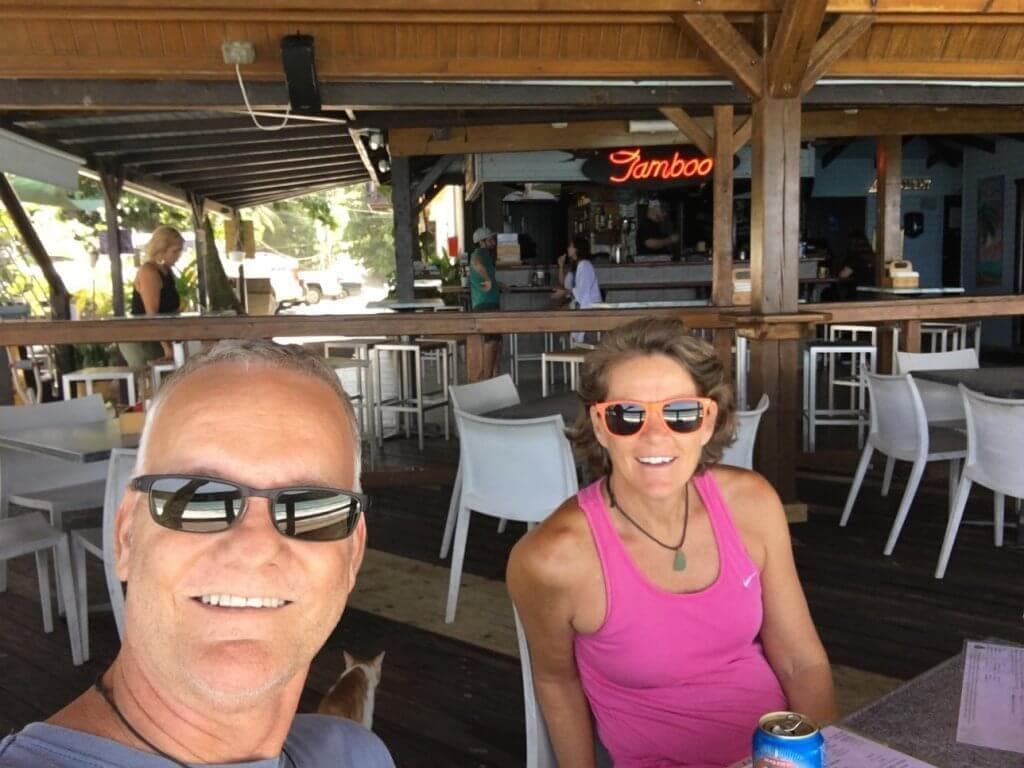 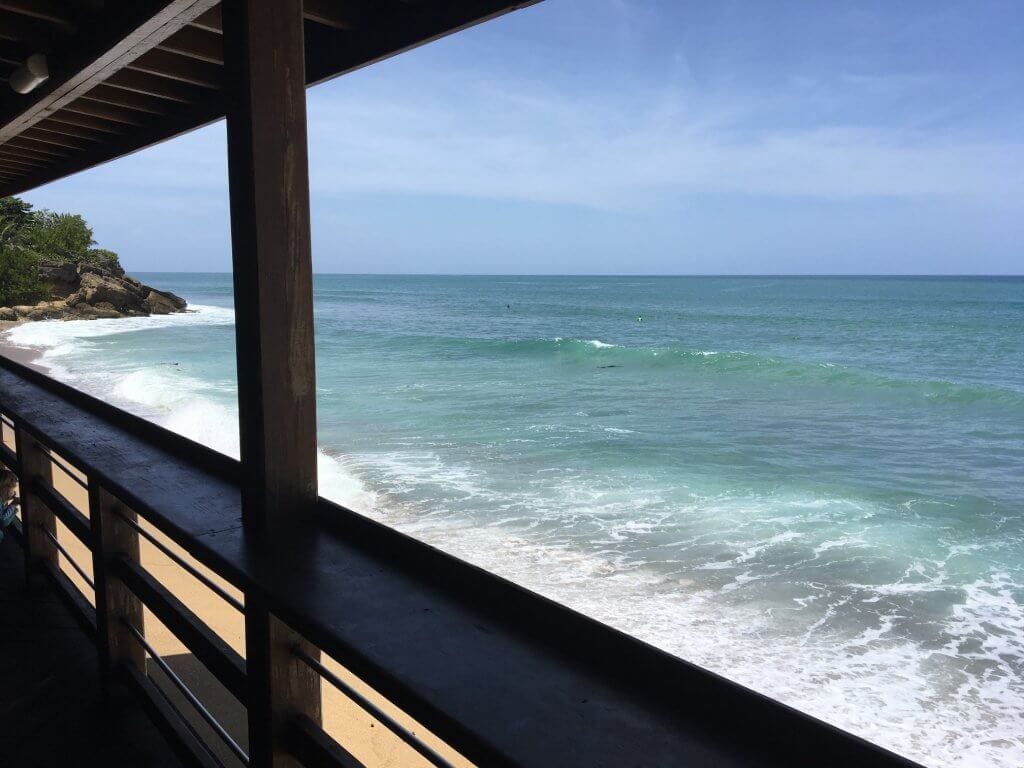 We liked going into the surf shops also, but here's a little secret that's true almost worldwide. Surf shops are basically t-shirt shops with a few surfboards on the walls. Some of them sell a few boards, and have repair capabilities for when your board is dinged up, but mostly it's about t-shirts and trinkets. They're good though!

Having been in Vieques for a while, one of the great things about mainland PR is going to the grocery store, and this was true in Rincón. I know it sounds dumb, but you often have to go to 3 or 4 stores in Vieques to find what you want, and even then you may have to substitute. So any fully stocked grocery store with real fresh veggies, meats, cheeses, beers, etc. are a real treat for us. 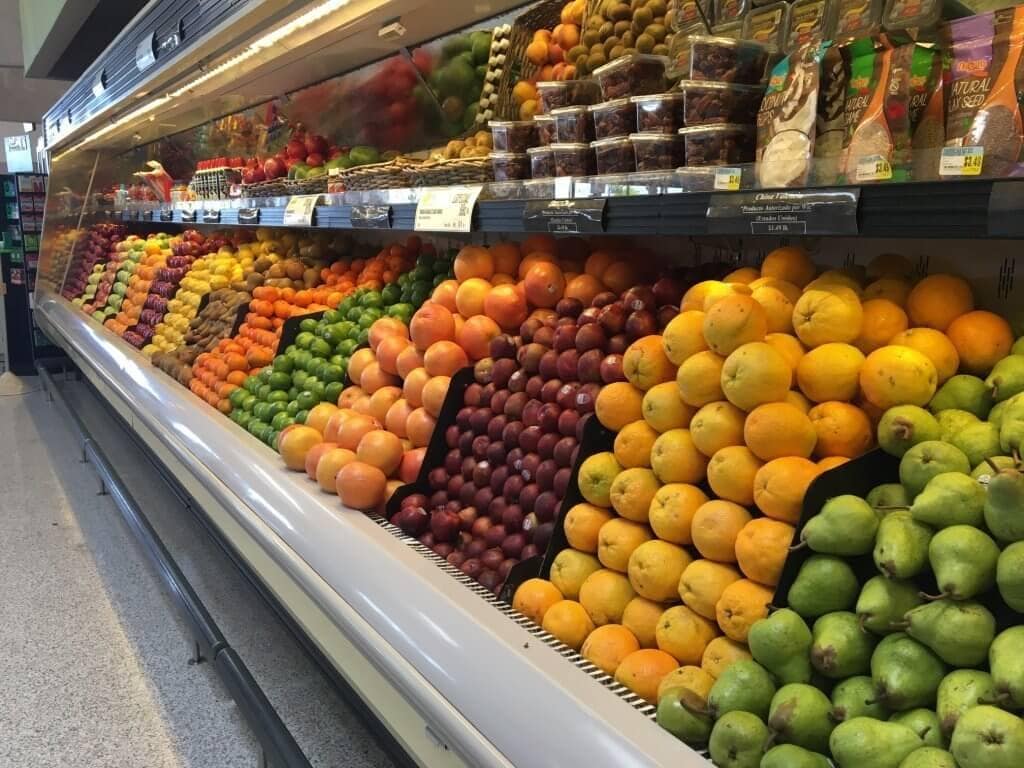 So that about wraps up our trip and...what's that you ask? Could we live in Rincón? Are we ready to go island shopping again? We're not ready to make that leap after only 4 days there, but we sure as heck didn't see anything that would run us off. Good food both in the stores and restaurants, good craft beer, friendly people, and beautiful beaches, all of this goes in the plus column. I don't have a minus column yet for Rincón, but I imagine tourist season could change the laid back experience we had. It was a really good vibe there when we went though. I guess this all just means we'll have to go back and see some more of Rincón!

TODAY'S SPECIAL: Good Vibes, by Chris Jansen - we're all about the good vibes y'all!