It's called The Space Coast of course because we are just a few miles down-range from Cape Canaveral and NASA's Launch Complex 39 which has been in use since the 1960's Apollo missions. I grew up watching those Apollo launches from the front yard; my Dad covered them as a newspaperman back then. Somewhere I have an old letter from President Nixon addressed to my Dad, which congratulates him for participating in the recording of history. When a launch was about to go, we'd watch the countdown on our little black and white TV and when it fired, we ran outside and watched that thing shoot upward, but mostly across the sky over the ocean. When it went out of sight, we'd run back in to watch a grainy image from some camera that could see a little bit better than we could with the naked eye. LC-39 is also where, many years later but still early in my career, a project I worked on was launched. It was called Magellan, the Venus Radar Mapper, which basically went to Venus and created a topo map (I'm pretty sure it did some other things too). I tested the actual flight hardware as a young electrical engineer. So, if you're ever backpacking on Venus, you can thank me for the maps! 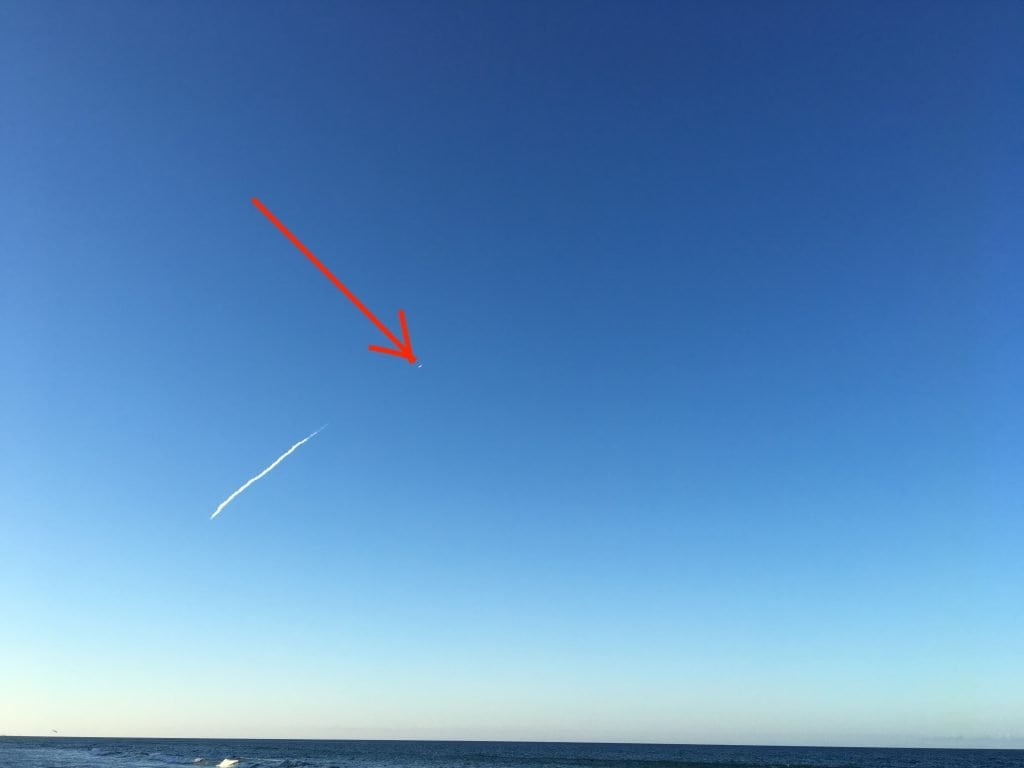 Fast-forward to 2017 and Deb got to experience this as well. SpaceX has leased Launchpad 39A for the next 20 years, and is using it often. This was all a little different of course, we went down to the beach to watch it, and we didn't need to run inside to see the TV. We were streaming it on my iphone as it went to 3-2-1 ignition, and liftoff. I'd forgotten how fast things happen once they light the fuse. We saw it on the phone lifting off, and it took us a few seconds to look north toward the Cape. That thing was already up in the sky and moving fast! Within a minute or two it was going thousands of miles per hour and a few minutes after that we heard the broadcaster talking about approaching Africa! More surprising was the shock wave / low rumble that showed up minutes later; this wasn't just a normal sonic boom, it wasn't even that loud. It must have come quite a bit later in the flight when it was really hitting ridiculous speeds and was much farther down-range.

Related, in the month we've been here we've seen a series of military helicopters running north & south down the beach, not a hundred feet above the breakers, waving and just doing their thing. These are based at Patrick Air Force Base, which is closely tied to the Cape Canaveral Air Force Station and all of the NASA work. 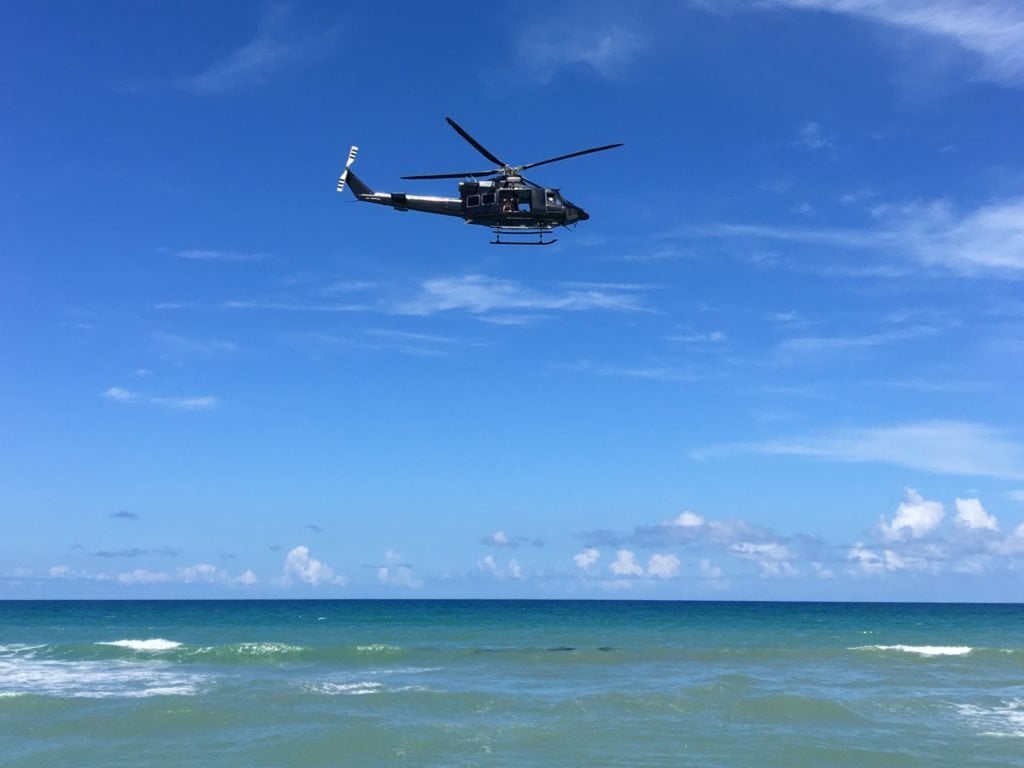 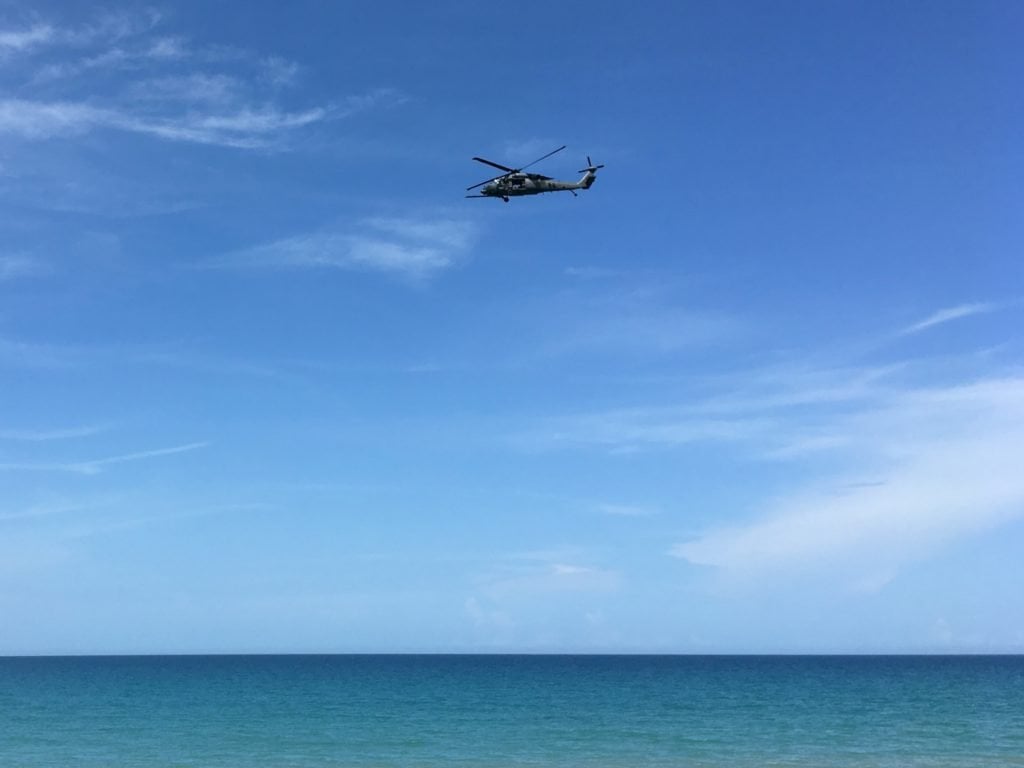 It hasn't been all about beaches and rockets and helicopters. We have been able to check in with a few old friends since coming to town, and there was a common thread. My friend Shannon, an old baseball buddy from when we were kids, has put together a regular stand-up comedy show which is a pretty cool thing for this little county. He brings in some hilarious talent as well as doing a great show himself. We went to one of his shows and got to say hello to him for the first time in decades. I even got to be the butt of one of his jokes, but I'm used to that.  (OTOH, I will be getting rid of that shirt!). We also met my old friend Wade at the Key West Bar. (It's not in Key West, it just looks like it is.) Wade and I played ball together back in the day. It's kind of amazing to see people you literally have not seen in DECADES! One afternoon at a local hotel beach bar, I noticed the bartender's badge said he was Mike from Indialantic. I told him I grew up in Ocean Park, just down the street. He said, “I grew up in Ocean Park”! It turned out he played ball with my older brothers and lived right around the corner. I also saw Doug Flutie (yes, that one!) at a big local restaurant/bar/hotel complex on the waterfront; he has a rock & roll band with his brother and friends, and they were rocking the joint. Between sets, I saw the cost of fame. While the other band-members were chilling with a beverage, Doug was seated on the edge of the stage for a line of people to get pictures with him. He was very gracious to do that I thought. I snuck in the side and said hi, and we briefly talked about the guys we played baseball with (we were on different teams). Good old Little League baseball created a lot of threads for me to follow 40 years later!

Things haven't been all goofing around watching space launches and hanging with old friends either. We had to jump through all the legal hoops to become Florida residents. Driver's License, Car Registration, Voter Registration were all done at once in the same place, yes! Deb was nervous because all zee papers were not in order!, but she charmed her way through. The lady behind the glass even told us we are good for each other! 🙂 We also got FL insurance and filed some other papers to declare we are domiciled in the State of Florida. It feels good to be back, and to be legal (I hated that illegal alien status). I have actually been very pleasantly surprised at how easy it's been working through the government rules and regs, well done Florida!

We also still had to help Mom get her STUFF sold! She took care of selling her car, that was simple enough since she already had a friend of a friend buyer. So we had one car between us all and that worked out just fine. The sale was being run by an estate service so we weren't responsible for pricing everything or pulling it all together. But she did need help with organizing things into three groups: 1) what was going with her on the plane to Pennsylvania, 2) what was going with the shippers – things that would meet her up there, and 3) what was to be sold/donated. Having done this ourselves just a few weeks back, it wasn't too difficult. In addition, we donated some of our STUFF to the sale, because we had tooooo much STUFF! We were also the muscle for getting stuff down from high shelves, or moving stuff out of the way, and packing some critical stuff. We didn't run anything, but we helped to pull it all off. 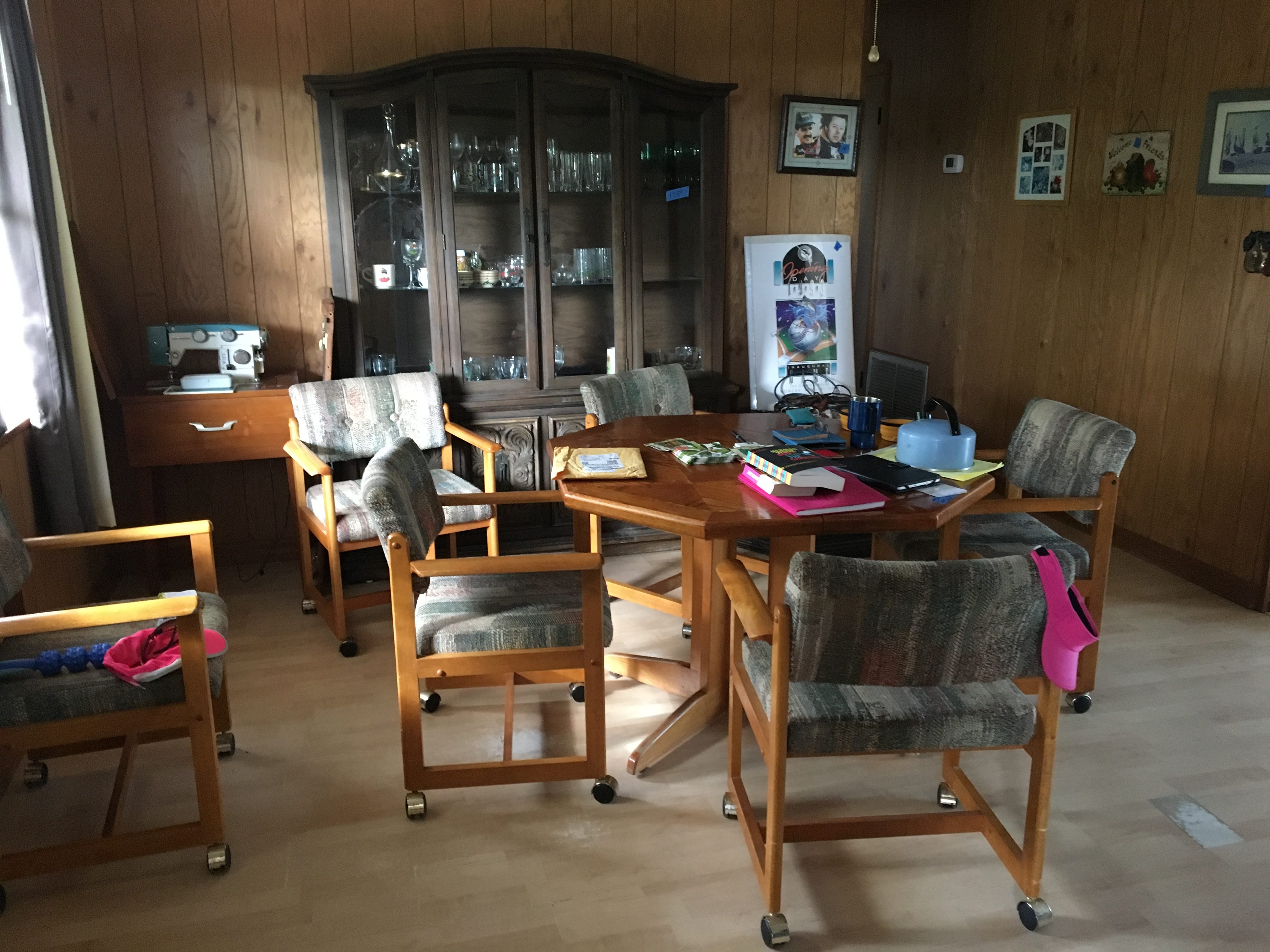 And things really got moving fast near the end! The shippers came and were the consummate professionals, very friendly, very efficient, and we were very impressed! Then, the estate sale started, and we were kicked out of the house to dodge rain and lightning for most of a day. The next day, while the sale continued, we took Mom to Orlando where she would stay a couple of days with our sister-in-law Marilyn, before flying off to Penn with our niece Katie. I'm sure Mom felt like she'd just gone through a tornado. We got back to the house, and I guess I would say that the sale was a little underwhelming - they sold a lot of stuff, but the big furniture was mostly still there at the end. Then the cleanup crew came in; they work for a veteran's charity and were amazing. They cleaned out the rest of the house and I mean everything! I was very impressed at how hard and fast they worked – within 3 hours, the house was virtually empty. They were very appreciative that we'd help organize the remains of the sale before they arrived, so they could be very efficient in their work. 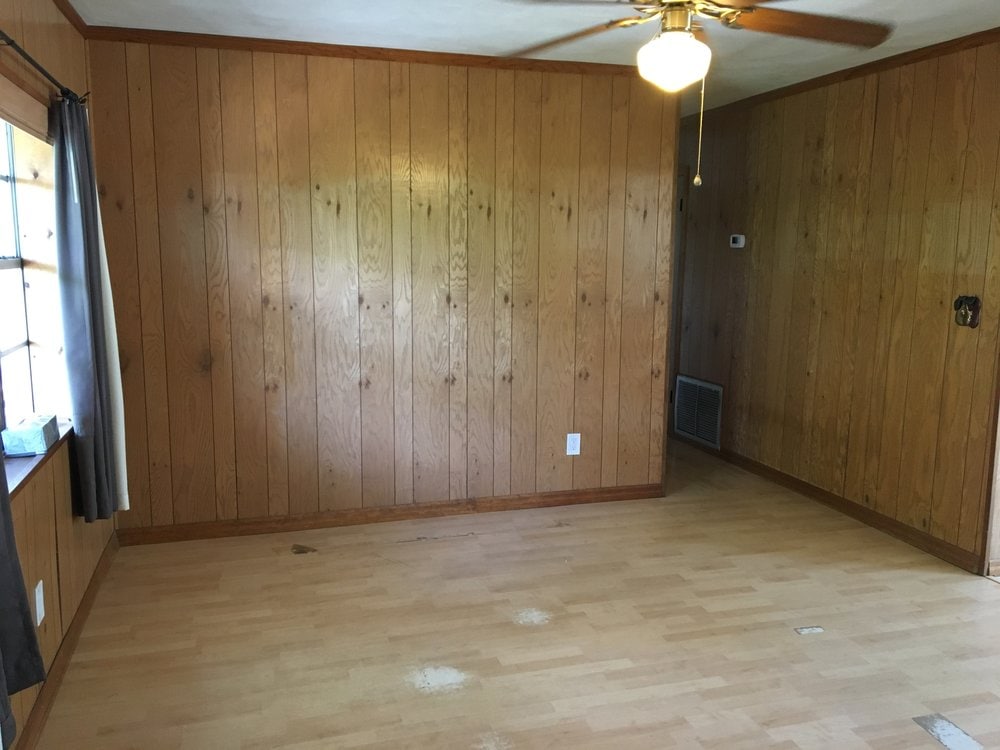 So that was that. We were living in an empty house again. (Deb is warning everyone at this point - you don't want us in your house unless you want it empty.  See previous posts on STUFF!) Mom was gone to Pennsylvania at this point, she had a very good trip with her granddaughter Katie and her grand cat Charlotte on the airplane. And we had a week to finish things up, final cleaning, taking care of the proceeds, final yard mowing, a little mail forwarding, etc. So we rolled out our trusty air mattress and air couch (yes, we have one of those) and enjoyed ourselves for the last week in Indialantic.

More to come, stick with us!