NOTE: We know people like to hear about beaches and travel and dogs etc. but we have to pay for all that somehow. This is a series of posts on the financial side of retirement. Like many bloggers and most people, I'm not going to share our actual numbers because it's pretty personal, and it may not be safe in the modern world. But I will give you what I think are important foundational points. I also want to say I'm not your financial advisor! I'm our financial advisor, and I'm only that until I tire of it and hire a professional. So if you're taking financial advice from me, well I really urge you to hire a professional!

I have broken down my retirement planning into three main areas: calculating/estimating income needs (spending), income generation (paying for it all), and closing the loop (comparing spending and income, and making adjustments).

In previous posts, we talked about setting yourself up for success with pre-planning, and how to get to a spending number. In this post, we'll discuss income generation, how to pay for it all in retirement. 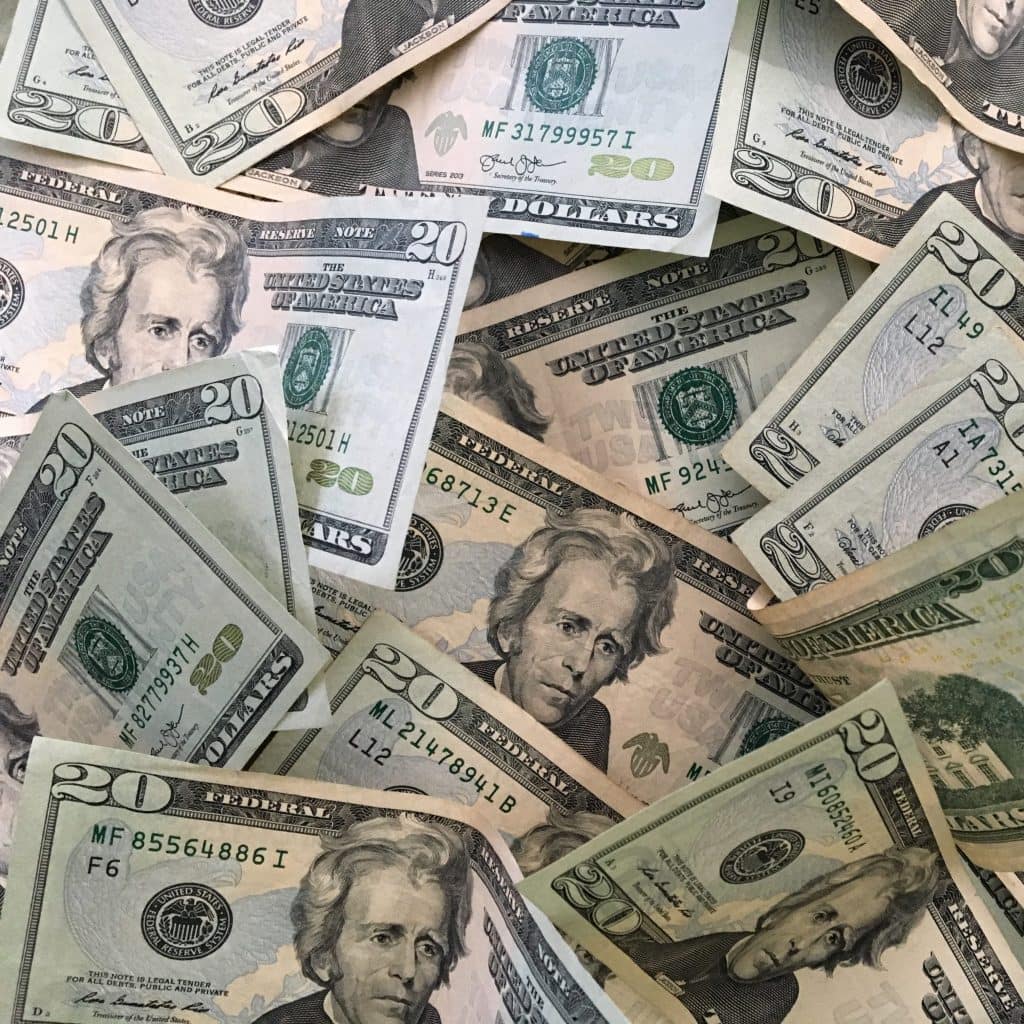 Enough? We shall see.

I want to start by saying the government doesn't really encourage people to retire early. By that I mean that there aren't a lot of big incentives to retire early like there are to build up tax-advantaged accounts (401Ks, IRAs, etc.). That's fine, I fully support encouraging people to take care of their future selves, but modern society seems to be built around the idea that you will work to an age of the government's choosing, and only then retire and collect Social Security payments. If you are born in 1960 or later, the Full Retirement Age (FRA) for Social Security in the U.S. isn't 66, it's now 67. And the financial industry is incentivized to encourage you to work longer than that, because of course they always get a slice of your pie.

The IRS rules are that you must be 59 ½ before taking money from an IRA without a 10% penalty. Unless you have more money than you know what to do with, you really don't want to do this because the numbers are so big and of course you lose any compounding on that money into the future. There's also an additional 5 year ownership rule for Roth IRAs, but that isn't usually a problem). There is a 401K exception which allows you to withdraw from your current 401K at age 55 if you quit your job (or get fired, laid-off), but only from your current 401K. So those are the only ways to withdraw $s from tax-advantaged retirement accounts.

What this means is that you need to have significant funds or cash flow outside of your retirement accounts in order to make this early exit scenario happen. In our case, we had some stocks and bonds, some money in the bank, but not enough to feel comfortable until we sold our home, cars and almost all of our belongings. This gave us the cash to easily get us through to the retirement account withdrawal years. That was not a concern for us either, selling the house, because we got to the point where we didn't want to own a house, at least not for a while. Others may fund this period with positive-cash-flow rental income, pensions, ownership of small businesses that continue to pay them, side businesses like blogging or other online income, inheritances, or taxable investment portfolios. There are probably many other possible sources of income that I'm not thinking of just now, but it's clear there's more than one way to skin a cat.

Now once you get to 59 ½, the early retirement problem pretty much goes away. Tax-advantaged retirement accounts open up to you, and once you hit 62, Social Security becomes an option. You can start taking SS benefits at age 62 but with a permanent reduction to 70% of the benefit at your full retirement age. As I said, the full retirement age is 67 for those of us born in 1960 or later; you would get 100% of the promised benefit at that point. If you were born in 1959 or before, the FRA is in a table that can be found here: SS Benefits by Year of Birth as they adjusted the age up slowly over many years. You can also delay from there, up to age 70 with an 8% per year permanent increase in benefits. If you delay beyond age 70, you're just giving away money to the government so, as your (fake) financial advisor, I will tell you not to do that! 🙂

But when you delay receiving benefits you are receiving $0 in those early years, so it takes a long time to make up for that. There is a break-even point where the additional yearly increases “catch up” with the lost income of those early years. If you delay taking benefits from 62 to 67, the break-even point is around age 78. After that age, you have received more money than if you had taken benefits early, and you will continue enjoying more money the rest of your life. If you delay until age 70, the break-even is at age 80. So if you expect to live a long time, and can afford it, it "pays" to delay taking the benefit until later. If you expect that you won't live as long, then obviously it makes sense to take the money early. For your reference, the break even info can be found here.

There are other very important considerations as well. None of this math takes into consideration the idea that by taking SS benefits earlier (even though it is less per month) you may enjoy your life more. For example, your health is likely to better when you are younger, so why not take the money and enjoy more good years, even if you might get fewer SS $s over your lifetime? There is also the train of thought that says once you are on Social Security benefits, you're less likely to have to take a cut in those benefits vs. those who aren't yet in the pool (but it's not as if Congress would ever mess with Social Security, right?). Additionally, since nobody really knows how long we will live, there is something to be said for taking SS $s earlier and not depleting the portfolio so soon. For example, if you were to expire unexpectedly at say 70, then your heirs would certainly inherit more money had you taken SS earlier and preserved your own nest egg. We do plan to wait until 70 (because we plan to live a long time!), but that is not set in stone, not at all. We will evaluate this decision each and every year from 62 to 69 and make a call based on what makes the most sense for us at that time, financially and more importantly for our happiness.

Your Social Security income estimates can be found at https://www.ssa.gov/ so go there and create an account if you don't already have one. You should do this anyway to check to see if their records look accurate – you don't want to find out there are errors on the day you decide to start claiming your benefits. There are many books and online articles on SS claiming strategies but I'm very happy with the website Maximize My Social Security. The site is $40/year (corrected - I previously said it was free), and you create an account and put in your information, then it guides you to a maximum result. It is from Laurence Kotlikoff who is pretty good with these things - he also sells some good retirement planning tools as well, so I urge you to check it out.

That's enough on Social Security, let's move on. If you are lucky enough to have a pension, this could be a considerable income source for you. Government employees (including teachers) enjoy pensions, and a few businesses still offer them - insurance, medical, & financial companies, mostly. Obviously, in those cases, the specifics of the retirement program will drive the process for you.

Funds from an inheritance are usually tax free, so if you're fortunate enough to get one of those from a loving relative who has passed away, that's a good thing. They wanted you to have the money, you may as well use it wisely for a better life. We received a moderate inheritance that had some U.S. Savings Bonds in it, but that was actually taxable (federal and state - this was before we became FL residents). In that case, even though the bonds were purchased with money that had already been taxed, the gains had never been taxed, so the IRS had to get it's share. But "regular" inheritance holdings (property, cash, stocks/bonds) aren't considered taxable income for the person receiving them.

Other sources of retirement income are your own bank accounts and taxable investment accounts. These are investment accounts that are outside of 401Ks, 403Bs, IRAs, etc. The gains in these accounts are fully taxable but that's OK if that's what you are planning to use to fund your retirement. Many people like to hold stocks and stock funds in these accounts because they are more "tax efficient" than bonds. That's because the capital gains on stocks, especially if they are long-term gains (held >1 year), are taxed lower than dividends from bonds (which are taxed as ordinary income). Now I will say that there are exceptions to every rule, and those will pop up more as you transition from working to retired (in hopefully a lower tax bracket). So this is an area for you to explore in detail, or talk with an advisor who can guide you.

The primary goal of all this planning is to draw enough income to enjoy your life but not “outlive your money”. There are two ways to do this: 1) live a shorter life (I don't like this option!), and 2) work on having enough money and making it last. A secondary goal for retirement planning may be a desire to leave an inheritance to the next generation(s) or even to a charitable trust. Those are noble thoughts, but our pragmatic approach is to take care of ourselves first (put on your own oxygen mask first!) and then we'll see what's left at the end. By my calculations, if we are lucky there will be quite a bit of money left over at the end, like, a lot! If we are only "average" our heirs will still enjoy a sizable inheritance. But if we are unlucky with our investments (and this is what I plan and budget for), we'll just scrape by at the end, running out of our portfolio funds in our 90s and relying only on SS and the kindness of others :). Our son Zack once said that Deb will spend her last $5 on a margarita at the beach! Hey, if we make it into our 90s, every day is a good day!

OK, so at this point you know how much spending money you need and now you know what your funding sources are: Social Security, pensions, inheritances, 401Ks, 403Bs, IRAs, taxable investment accounts, bank accounts, continued business income, etc. etc. We'll need to tie all this together, comparing the spending and the funding, making adjustments, considering contingencies, etc. - we'll cover this in another post so stick with us!