NOTE: We know people like to hear about beaches and travel and dogs etc. but we have to pay for all that somehow. This is a series of posts on the financial side of retirement. Like many bloggers and most people, I'm not going to share our actual numbers because it's pretty personal, and it may not be safe in the modern world. But I will give you what I think are important foundational points. I also want to say I'm not your financial advisor! I'm our financial advisor, and I'm only that until I tire of it and hire a professional. So if you're taking financial advice from me, well I really urge you to hire a professional!

I have broken down my retirement planning into three main areas: calculating/estimating income needs (spending), income generation (paying for it all), and closing the loop (comparing spending and income, and making adjustments).

In this post, we'll discuss the Income Needs (Spending) aspect of all this. 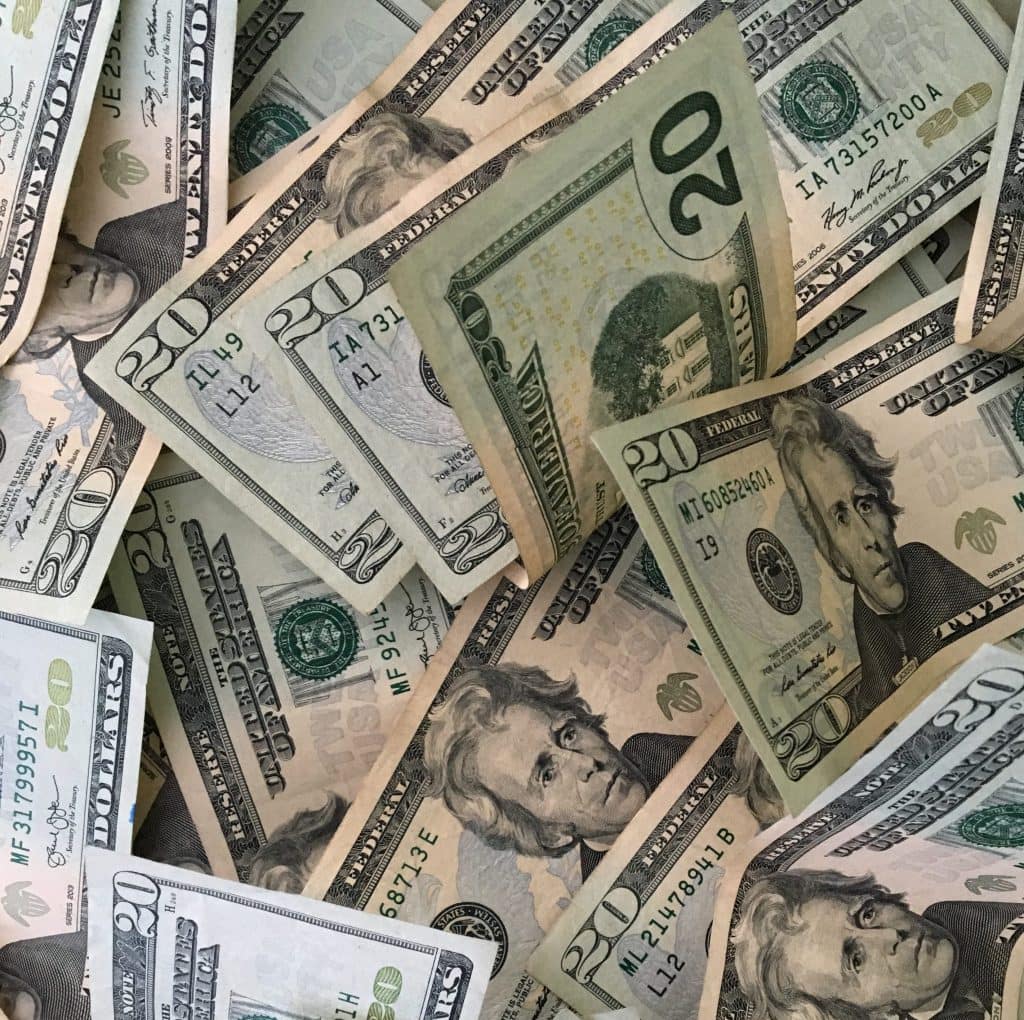 Estimating income needs in retirement is a two-step process. It starts with current spending, and then that gets projected into the future. You need to know where you are today, so you start by tracking current spending. Once this is known, you estimate future spending by making adjustments for inflation, future tax differences, and future spending changes. You should know that spending is the number 1 most important factor as to whether your retirement nest-egg will last your lifetime, so it's important to understand (Number 2 is luck, but we'll get into that later).

To do this, start by recording several months worth of spending, and then track it monthly as time goes on. It takes about 20 minutes a month once you have a simple consistent process set up. The goal is to get to a whole year of spending, so as to cover any bills (like car insurance or property tax) that only come once or twice a year. Another goal of checking the monthly spend is to see where the $s are really going, where you could pull some of that back and maybe redirect it elsewhere. Remember the idea of living life “on purpose”? This is a big positive step in that direction, even as you do your retirement planning.

The next step is adjusting the numbers to what you might spend in the future, in retirement. These are only going to be estimates, but they beat any rule of thumb out there, so don't worry if you aren't nailing it down to the penny. This isn't too difficult either if you follow Mike Piper's “Can I Retire?” book or one of the many other resources out there.

So in the present, if everything goes through your checking account, you begin there. If everything goes through a credit/debit card or two, that's the starting point. If you use only cash, or a significant portion of spending is through cash, the job is a little more difficult because each item is not laid out for you in a dated list at the end of each month. In our case, our cash spending was mostly drinks and food out, so we had a pretty good idea of where that money went. But cash people need to take notes on what, when, and how much you spent with cash. You may not be surprised but there's an app for that (many of them) to make it easier, so look for them on Google Play or the Apple App Store for your mobile device.

In most cases, the process is fairly simple. Take your statement(s), record the overall spending for the month, and try to break down the spending into categories so that you have a good understanding of where the money is going. And put some effort into grouping the needs separate from the wants.

On normal utility bills for example, you can throw electric, water, sewer, gas all together because they are needs. And then put high-speed Internet and cable TV in a separate group because they are really wants. One could easily argue that Internet is a need (and I would agree), but super duper high speed Gigabit fiber optics really isn't. Try to get some understanding of where you could cut back if you wanted to make that trade-off. There is significant monthly savings to be had, or not, depending on the trade-offs you make. Do the same for food and drink spending, especially separating food and drink bought out vs. what was bought at a store and made at home. If you are looking for savings, this area is ripe for it. As much as we cook from home, our eating out expenses always seem to be the same and often a bit higher, than the eating in expenses.

Transportation expenses, which in the U.S. usually means automobiles, should be pulled out in a separate category as well, because they're significant. Other large groups are Gifts, Insurance (all types), Savings (don't forget this), Recreation/Sports/Hobbies, Personal, and Clothing.

Finally, don't forget taxes. I'm not too concerned about sales tax because I mentally put that in the price of whatever item is being purchased. But there are many taxes taken right off your paycheck, and that knowledge will come in handy later. You'll have federal income tax, state income tax (in most states), and FICA taxes (Social Security + Medicare). For an annual number on the income taxes, the easiest place to get them is actually last year's tax return, and your final paycheck of last year will give you the FICA total.

If you're like I was, there is also health insurance and savings (401K contributions) coming out of the paycheck. All of that should be noted so we can adjust it later for the retirement estimating. The first time doing this takes a little while, but once you have a process set up, repeating it each month is pretty easy. Once this is done for a whole year of spending, you can move on to estimating your retirement spending.

Having done your homework, you now have a monthly average of your spending over the last year and you also have a breakdown of where it went (transportation, food, taxes, utilities, etc.). Note that I've already assumed we're not just going with some conventional wisdom “rule of thumb” on future spending. I've seen advice that reads “you'll need _____% of your pre-retirement income in retirement”, and the fill-in-the-blank number is 50, 60, 75, 80, or even 100% or more of pre-retirement income. If I took that advice, I'd sure still be working and not writing a blog from the Caribbean! But regarding this, we should mention that your habits don't change. We knew we liked to go out for drinks with friends about once a week, and guess what? We still do that, so we budget for it. We also knew we cooked most of our food at home, and that hasn't changed either, but that's a gain for the budget vs. eating out.

Back to the rules of thumb, let's imagine for a minute trying to paint the Mona Lisa with your thumb. It's not exactly the right tool for the job, is it? Heck, even finger painting with only your thumb would be a challenge! My point is that anything we do here, any estimates we make, will be better than those rules of thumb. We may not end up with the Mona Lisa, but it'll be better than a thumb painting!

So next let's do some adjustments and try to figure out our post-retirement income needs. First of all, in retirement you won't be saving for retirement, will you? So subtract those dollars from your spending. Subtract work expenses like tools and clothes, and make some adjustments for coffee, breakfasts, lunches, if you're eating all that out (if you are, make sure you're doing it “on purpose”! 🙂 ). Transportation expenses like fuel and maintenance will drop because you stop commuting, but car insurance will likely stay close to the same. Going to buy a boat in retirement? Factor that in, as well as the fuel and maintenance costs. Expecting higher/lower housing costs and/or taxes where you will retire? How about more or less dining out vs. dining in? Factor it in. Think about and talk about the changes you'll make to your lifestyle and factor those in. Budget for a replacement car every 8-10 years (or some other number of your choosing) and average that spending out into a monthly number.

Health insurance, if it is being paid by your employer will go up considerably. I found that going online to the marketplace sites is a good way to get a real price for this (for us as a couple, it was over $1200/month with a $5600 deductible). Once you reach Medicare age (65) it will change but that should be a cost you can find online as well. Once we moved outside the U.S. we purchased an international health insurance plan from Cigna that is a major medical type plan. It has a $10,000 deductible (of our choosing – it was a good balance of cost vs. risk) and is a good old fashioned catastrophic insurance plan, for just over $400/month. It doesn't pay for every doctor visit or dose of antibiotics. But antibiotics outside the U.S. usually cost about $5 to $10, so you just buy them. It covers us for trips to the U.S. and Canada, but not trips to the U.S. and Canada for the purpose of getting medical care. So every doctor visit isn't covered, we just pay for them, and save thousands. Doing the math, we're saving almost $10,000 a year on health insurance premiums, which literally made our early retirement possible.

Another adjustment to make is for inflation, which averages 3.2% per year over time. But you should check in on this figure each year because inflation, like most things financial, can be volatile. In the last 10 years, it's been low, averaging only around 1.7%, but history has shown it can spike and stay high for many years as well. There were wild swings of inflation & deflation in the 30's thru the 50's, and the 70's and 80's were consistently over 5%, sometimes as high as 15%. You can start with 3.2%, lacking any supernatural knowledge of the future, and assume your spending will necessarily increase over the years.

Taxes are another adjustment to make and also something to keep an eye on each year as things change. The new 2018 “Married Filing Jointly” table is below. Our working lives would have had us in that 22% bracket, but now in retirement, it's only 12% maximum. That's a great adjustment – being a poor retired couple has its benefits! 🙂 And remember, once you're not working you're not paying FICA taxes either, so that's another subtraction from your spending number.

By the way, none of this work is “set it and forget it”, you should come back to the spending every month to update it, but that should be quick and easy. This gives you updated figures which are more accurate than last year or the year before. All this is valuable whether you do your own financial planning or take this information to a professional (If they are worth anything as a financial advisor, they will be asking about your spending). This will all need to be reviewed occasionally but you're off to a great start. You're also ahead of 90% of the population because you're driving your own boat. You're living your life on purpose and planning your own future – congratulations!

Of course, you still need a revenue side of the balance sheet in retirement. We all need to pay for this spending somehow, so we'll get into that in another post. Stay tuned!